5 Powerful Books to Read this Summer

When I wrote my recommended list of spiritually uplifting books for last year, I suggested such spiritual and theological classics as St. Thomas’s Summa and St. Augustine’s Confessions. These works among others like them are outstanding resources for deepening one’s spiritual life and knowledge of the faith. However, my own spiritual life and journey towards God have been aided in a particular way by great books that are not explicitly religious in nature, but that consider important existential questions, expertly develop the moral lives of the characters, or draw the mind to contemplation of natural beauty and thereby to a contemplation of God. I have found that reading such books as these expands and even frees the mind by exposing it to new ideas that give insight into human nature and the natural order. These new ideas then can be very useful throughout life in prayer, in contemplation of the truths of the Faith, and in understanding one’s neighbors. I am immensely grateful to have had the opportunity to read many such great books during the course of my education, and it is with this in mind that I recommend the following list of books.

The Brothers Karamazov by Fyodor Dostoevsky

The Brothers Karamazov by Fyodor Dostoevsky is considered by many to be the greatest novel ever written. This work tells the story of the three Karamazov brothers Alexei, Dmitri, and Ivan, sons of Fyodor Karamazov. Alexei is the youngest of the brothers, is kind and deeply religious, and lives at a monastery. Dmitri, the eldest son, is temperamental and controlled by his passions, even to the point of infidelity to his fiancée. Ivan, the middle son, is a very logical academic who as a result experiences difficulties in his faith in God when confronted by the problem of suffering. Their father Fyodor is worldly, lustful, and vicious. The plot of the story centers upon the occasion of the three brothers and their father being brought together in the same town, which results in the expected conflicts of character between the four very different Karamazovs and their friends and loved ones. The character and conflict development of The Brothers Karamazov is among the finest seen in any novel. The Brothers Karamazov also considers such important concepts as free will, sin, suffering, and God. It is also a tale of faith and redemption that calls the reader to examine his own life. The Brothers Karamazov is not for the light-hearted, however. It is a very long, complex, and at times dark novel that requires a carefully attentive and immersive reading to appreciate fully. The payoff, however, is very much worth the effort.

A Tale of Two Cities by Charles Dickens

Charles Dickens’ A Tale of Two Cities, on the other hand, is a much shorter and more relaxing read that is nevertheless a great work of literature. A Tale of Two Cities takes place in England and France during the time of the French Revolution, and gives an account of the life and redemption of the dissolute English lawyer Sydney Carton. Other significant characters in the story include Lucie Manette and her physician father Alexandre, who had been imprisoned by noblemen for many years in France prior to the Revolution. Finally, Charles Darnay is a French nobleman who is sympathetic to the plight of the poor in contrast to his cruel uncle. Early in the story, Charles Darnay is tried in Great Britain for treason, but is acquitted in part due to his strong resemblance to Sydney Carton who had been offering him legal assistance. As the story progresses, Darnay is again brought to trial, this time in France by the revolutionaries. The result of these proceedings furnishes, in my opinion, one of the most moving and uplifting resolutions that can be found in literature. A Tale of Two Cities provides commentary on a number of social and political issues of the time, including the mistreatment of the lower classes by the French aristocracy, the savagery of the revolutionaries, and the corruption of the British legal system. It also paints a rich picture of human nature that acknowledges its potential for darkness and ugliness, but also its capacity for great love and sacrifice. This novel is an enjoyable and manageable read that would make great summer reading. 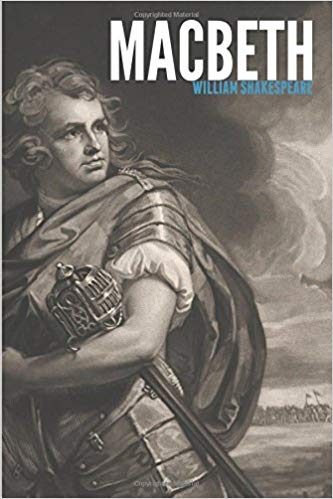 Shakespeare’s tragedy Macbeth is a gripping and disturbing, but ultimately uplifting, tale of the rise in power of Macbeth, a Scottish nobleman. The story opens with an account of Macbeth’s great courage in a battle that has just been waged against a nobleman who had rebelled against the king of Scotland, who is a relation of Macbeth. On his way home from battle, Macbeth happens upon three witches, who predict Macbeth’s rise in power, even ultimately to the kingly throne. Once the king of Scotland grants Macbeth one of the titles that the witches had predicted, Macbeth begins to lend credence to the prophecy of the witches and thus desire the throne. The other major character in the play is Macbeth’s wife, Lady Macbeth. Lady Macbeth is a savage and ambitious woman who encourages Macbeth to resort to murder to gain the throne of the king. Despite his bravery in battle, Lady Macbeth accuses Macbeth of being too soft and too kind when he hesitates to kill the king. Eventually, Macbeth and his wife reap the consequences of their evil deeds. In addition to the idea of the corrupting power of ambition, Macbeth also develops the theme of rebelling against the natural order carrying dire consequences. The central rebellion against nature is Macbeth killing his king and kinsman. Lady Macbeth herself contravenes the natural order by renouncing her femininity. These sins against nature carry consequences that the play portrays as inevitable. This outcome conveys to the reader the power of the natural order and the importance of the natural law.

The Insect World of J. Henri Fabre also considers the natural order, but in a very different way from Macbeth. J. Henri Fabre was a French naturalist of the late nineteenth and early twentieth centuries who focused especially on the study of insects. His book The Insect World of J. Henri Fabre offers a number of engaging and even exciting descriptions of his observations of the habits of a variety of insects, and even attempts to draw conclusions about the nature of instinct in insects from these observations. What is particularly important about this book is that it describes a biological methodology that is not often encountered today. Many courses and much research in the modern-day analyze living things down to the microscopic level of cells and macromolecules that are entirely outside the scope of our common experience of living things. This can often lead to reductive and materialistic conclusions about living things that do not agree with the conclusions any person can reach by simply observing animals in their natural habitat. Fabre, by contrast, does not view insects on the microscopic level, but closely observes their natural behavior. Thus, this book offers a fresh perspective of the field of biology, and provides a description of the marvelous and beautiful natural order that God has created. My own experience has been that this book has led me to a greater appreciation of God’s Providence and Wisdom.

On the Incarnation by St. Athanasius 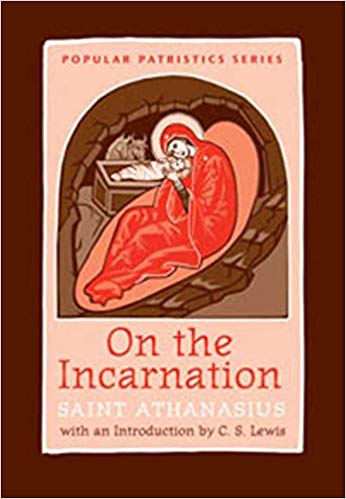 On the Incarnation of St. Athanasius, a fourth-century Father of the Church who was bishop of Alexandria, is a fascinating and spiritually uplifting account of the mystery of the Incarnation. While the Incarnation may seem relatively straightforward to a Catholic at a surface glance, a deeper consideration of its significance reveals many challenging questions that Athanasius addresses in his work. For example, Athanasius considers the “Divine Dilemma” that arises from the demand of justice, namely death, that results from man’s sin on the one hand, and the fact that it would seem unfitting for God to allow the creature that He created in His image and likeness to be destroyed. The Incarnation is the answer to this dilemma. Also, Athanasius considers in detail what it means to say that Jesus Christ is one Person, yet has two distinct and complete natures. While a work of expert theology, On the Incarnation is by no means dry or sterile. Athanasius writes in a way that is moving and that can deepen the relationship of the reader with Jesus Christ.