An Introduction To Praying The Scriptures With Lectio Divina

How is Scripture supposed to be read?  The Bible is a book with heavenly content, incarnated on the page.  Although it can be read on an informational level, not going more than skin deep robs it of its true value.  It can be easy to fall into the trap of reading the Bible as a text book: chapter & verse of important passages or for apologetics, where to find certain gospel stories.  That certainly has its place—there is a lot to learn about the Scriptures—but reading the Scriptures should be a multi-layered exercise.  “The Word of God is living and active, sharper than any two-edged sword, piercing to the division of soul and spirit, of joints and marrow, and discerning the thoughts and intentions of the heart.” (Heb 4:12)  Along with the information that we learn, our heart should be involved; prayer needs to be part of any biblical reading for it to bear fruit.  One of the best ways to prayerfully soak in the Scriptures is lectio divina.  What is lectio divina, how does it work, and where did it come from? 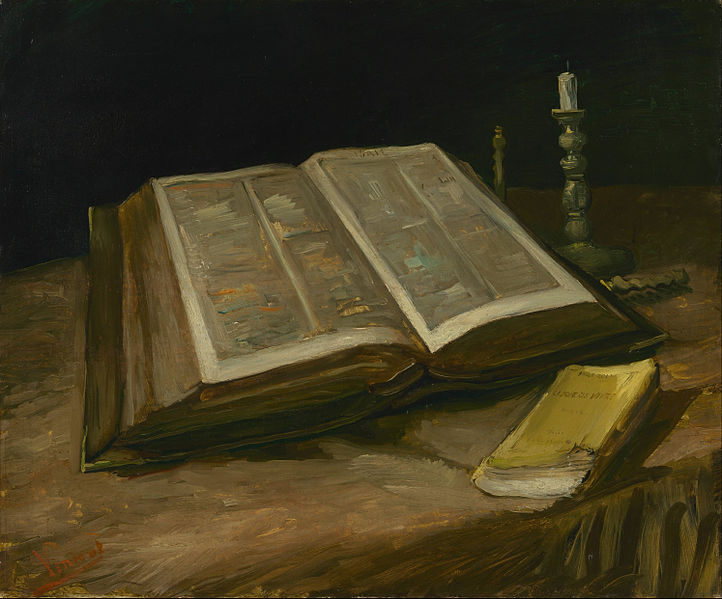 First, what it is.  It’s a contemplative way of praying with a Scripture passage.  Literally, the Latin phrase translates to “divine reading.”  Not holy or sacred, but divine!  Many that have heard of the practice don’t think much of the words, but there’s a deeper explanation to them:

“One might expect that instead of the phrase lectio divina… ‘sacred reading’ would be used.  The word “sacred,” whether Latin or Greek, pertains to objects related to the holy such as a church or vessels of the altar used for Mass.  Instead, tradition employs the adjective divina or ‘divine’… It intimates that such reading is divine, not sacred, or more proximate to God himself instead of being an object related to his holiness.”

Whereas Bible studies focus on a book or theme, lectio divina focuses on a brief passage.  The scope can be a particular story/passage of Scripture, or as short as a sentence.  In this case, less can mean more.  What St. Benedict wrote on prayer in his Rule that could easily be applied to lectio: “let us be assured that it is not in saying a great deal that we shall be heard (Matt 6:7), but in purity of heart and in tears of compunction.  Our prayer, therefore, ought to be short and pure, unless it happens to be prolonged by an inspiration of divine grace.”

The form of lectio divina is very simple.  The first stage is to read (lectio) the passage, and then to reflect on it (meditatio).  Third is to use the first two steps to pray to God (oratio).  Fourth and finally, the previous three steps provide the springboard to contemplation (contemplatio).  The method isn’t a strict one, so that one might go back and forth between different steps.  On the surface, there’s not a lot to it.  Yet Christians have used this method for centuries upon centuries to embed the Word of God in their hearts.  Lectio has been used by the learned and the unlearned alike.  One doesn’t need special training—only a willing heart. 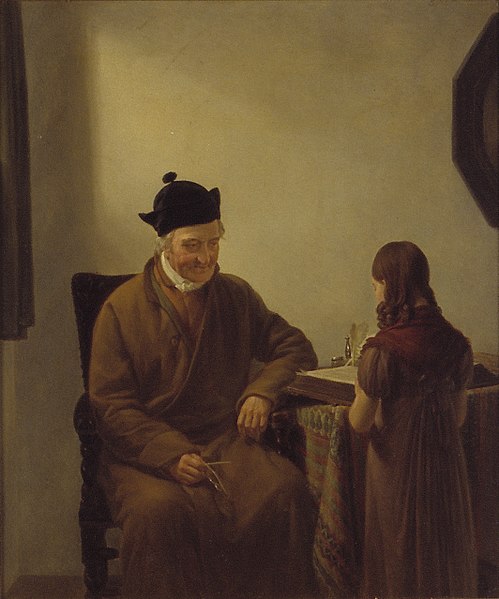 Where It Comes From

Lectio divina is often associated with monastic life, though its beginnings come from the love and study of Scripture.  The 3rd-century biblical scholar Origen advocated the deep study of the Word of God in his Letter to Gregory:

“knock at its locked door, and it will be opened to you by the porter, of whom Jesus says, ‘To him the porter opens.’ And applying yourself thus to the divine study, seek aright, and with unwavering trust in God, the meaning of the holy Scriptures, which so many have missed. Be not satisfied with knocking and seeking; for prayer is of all things indispensable to the knowledge of the things of God. For to this the Savior exhorted, and said not only, ‘Knock, and it shall be opened to you; and seek, and you shall find,’ but also, ‘Ask, and it shall be given unto you.’”

Even though Origen didn’t name the steps of lectio, oratio, meditatio, and contemplatio, the foundation is there.  He reflects a tradition of studying and contemplating the Scriptures that Christians received from the Jews.

With the impetus to read and contemplate the Word of God, some practical considerations came into play.  Before the printing press, books/scrolls were copied by hand.  That proved difficult, as those materials and a copyist were expensive.  Today, we have printed copies of the Bible readily available; digitally, free apps and websites abound.  It’s hard to picture a church community or monastery only having a single copy the Scriptures.  The practice of lectio fit well: rather than each individual person having their own Bible to pour over, each person listened to the reading of the Word and took a sentence, passage, or story.

St. Benedict wrote his Rule in the 6th century and prescribed regular “holy reading” in ch. 48.  Lectio divina became a hallmark of Benedictine monks from then on.  The four-step process that we know today was set down by Guigo II, a 12th century Carthusian monk.  At about the same time, St. Bernard of Clairvaux stressed its importance to his fellow Cistercians.  St. Dominic (founder of the Dominicans) practiced it in the 14th century, as well as Carmelites.  Two centuries later, St. John of the Cross, founder of the Discalced Carmelites, taught the method.   If the basis in the Word of God wasn’t enough evidence of the power of lectio, this should: religious orders and doctors of the Church mandated the method of lectio and have for centuries.

Over time, the lectio divina became overshadowed by a more academic approach to Scripture: the historical-critical method.  That began in the 19th century and peaked in the 20th century.  Lectio remained a steady monastic practice even if it was not popularly practiced by the laity.  The Dogmatic Constitution on Divine Revelation (Dei Verbum) from the Second Vatican Council stressed the importance of lectio divina to clergy and any catechist. The document quotes St. Ambrose, highlighting the prayerful root of lectio: “prayer should accompany the reading of Sacred Scripture, so that God and man may talk together; for ‘we speak to Him when we pray; we hear Him when we read the divine saying.’"

Since then, the method of lectio divina has found a new appreciation and more widespread practice among the Church.

Grounding in the Spiritual Life

St. Ambrose hit on something essential.  God can speaks to us directly through the Scriptures.  It’s very humbling to undertake an intimate dialogue with God!  At once God is immanent—closer to us than we can conceive—as well as transcendent—perfectly, wholly holy and set apart from us.  It’s not surprising that God, Whose essence is love (cf. 1 John 4:8), cares for His children.  Yet at the same time, it’s incredible that the Creator of the universe brings us so close to Himself.  “To converse with someone implies that someone wants to pay attention to you, otherwise you have a monologue, not a conversation.  The mere existence of prayer, then, implies that God is paying attention, that He is interested in spending time with you” (Fr. John Bartunek, The Better Part, pg. 18).  Pause for a moment to consider that; bury it deep in your heart and allow it to blossom.  Many implications follow!

God loves each of us and called every person on earth into existence.  God doesn’t merely allow us to exist: He planned for us, created our soul, and gave us His Word, the incarnate Son, and His Church to draw us close to Him.  Jesus opened up amazing channels of grace to us!

In addition to providing a pliable framework for prayer, lectio has far reaching effects.  Pope Pius XII recommended lectio to every cleric, citing its marvelous end: “to create and nourish ‘an efficacious and constant love; of Sacred Scripture, source of the interior life and of apostolic fruitfulness, also to promote a better understanding of the liturgy” (cited in the Pontifical Biblical Commission’s The Interpretation of the Bible in the Church, pg. 126).  What may seem as a simple way to pray with the Bible actually encompasses the major themes of the Christian life: discipleship, mission, and worship.