The History Of Relics And Why They Matter

The History of Relics

The veneration of relics, or parts of the bodies or clothing of a venerable deceased person, is a practice that dates to the earliest years of Christianity. In fact, even ancient non-Christian religions and cultures practiced some form of relic veneration. For example, Athenians venerated the remains of Oedipus and Theseus and Buddhists venerated the remains of Buddha. One of the earliest evidences of the Christian veneration of relics is a letter written in the year 156 by the Christians of Smyrna regarding their treatment of the remains of St. Polycarp, who had been burned at the stake. The letter said, “we took up his bones, which are more valuable than precious stones and finer than refined gold, and laid them in a suitable place, where the Lord will permit us to gather ourselves together, as we are able, in gladness and joy, and to celebrate the birthday of his martyrdom.” The early Church Fathers were unanimous in their approval of the veneration of relics. However, they were careful to note that the veneration of relics is not the worship that is due only to God, but a lesser form of honor.

St. Gregory of Nyssa, a fourth-century bishop of the Eastern Church, related in one of his sermons that he had acquired a portion of the ashes of a group of martyrs whose bodies had been burned and distributed widely. The custom of dividing up the body of a saint and distributing the parts to various locations was not always favored in the Western Church, however. Disturbing the bodies of the martyrs was seen as sacrilegious and only holy clerics could touch them. Pope St. Gregory I himself specifically mentioned the practice of the Eastern Church of moving the bodies of the martyrs as problematic.

Over time, the practice of venerating relics grew, and in 787 the Second Council of Nicaea decreed that relics should be used to consecrate churches. 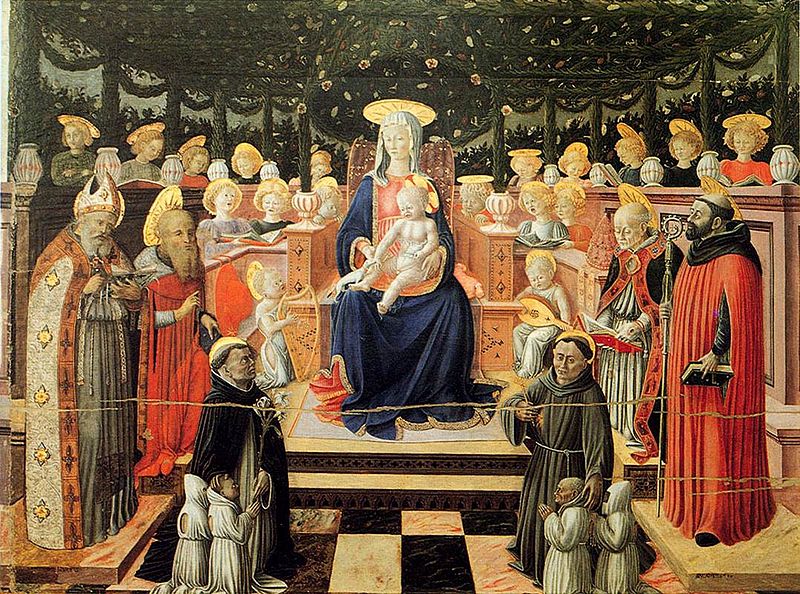 St. John Damascene taught that relics of the saints are gifts from God to the Church, given to us as means of sanctification, and that the faithful owe veneration to the relics because they are signs of the saints who are close to God. Thus, by venerating the relics we actually honor God. St. Thomas Aquinas’s teaching on relics was similar. In his Summa Theologiae, he points out the fact of experience that anyone who feels affection for a deceased person shows respect to that person’s body and clothing. The saints are members of the same Mystical Body of which we are members and also intercede for us in heaven. We should therefore honor the bodies and possessions of these holy men and women who are such great spiritual friends to us. St. Thomas also points out that the bodies of the saints were the temples and tools of the Holy Spirit when they were alive and will be glorified at the resurrection of the body at the end of the world. Therefore, the bodies of the saints deserve special honor. Finally, Thomas distinguished between the worship or latria that we give to God alone and honor or doulia that we give to the saints and relics. In the 17th and 18th centuries, some theologians taught that veneration of the saints themselves is superior to veneration of relics. Robert Bellarmine, however, taught that doulia is offered both to the saint and to the relics, but that it is offered to relics only relatively and to the saints themselves absolutely. Cardinal Billuart claimed that, in a way, the relics and their saints are one, and that therefore the relics deserve the same honor that the saints deserve.

Non-Catholics often object to the veneration of relics for the same reason that they object to the veneration of sacred images. Namely, they claim that Catholics commit the sin of idolatry by honoring “graven images.” The objection can be easily answered, however, by drawing the distinction between latria and doulia given above. That is, we offer worship to God alone but honor to the saints. We do a similar thing when we display the pictures of deceased loved ones in honored places in our homes.

Some also object to relics, especially to the dismemberment and dispersal of the bodies of the saints, because this seems to be a disrespectful treatment of the body. As noted above, even the early Roman Church took this attitude. However, the very purpose of the dismemberment of the body is to facilitate the faithful giving respect to the body parts. Thus, even though the integrity of the body is compromised by this process, it is performed with a reverential intent. That being said, there have been times in the past when relics were sacrilegiously treated more as commercial products than as objects of devotion.

There are a great many relics, real and fraudulent, in churches throughout the world. Some of the most famous are the head of St. Catherine of Siena, the arm of St. Thomas Aquinas, and the incorrupt body of St. Bernadette Soubirous.

Probably one of the more striking examples of relics is the head claimed to be that of St. Catherine of Siena, pictured above, housed in the Basilica of San Domenico in Siena, Italy. St. Catherine was a Third Order Dominican who lived from 1347 to 1380 in Italy. She experienced frequent visions of Christ and would live for long periods of time eating nothing but the Holy Eucharist. When Pope Gregory XI was residing in Avignon, France instead of in Rome, St. Catherine encouraged him to return to Rome and to reform the Church. Five years before her death, Catherine received the stigmata. She was canonized in 1461 and declared a Doctor of the Church in 1970.

Above is pictured the arm of St. Thomas Aquinas, kept in the cathedral in Naples. St. Thomas was a Dominican friar who was born in 1225 or 1227 and died in 1274 in Italy. He was the son of nobles, his father being a count and his mother a countess, and was related to several European emperors and kings. He was educated by the Benedictines from the age of five, and then began studies at the University of Naples at approximately the age of ten. When he attempted to enter the Dominican order, his family captured and held him prisoner for two years in an attempt to dissuade him from entering the religious life. Thomas’s brothers even sent a woman to him to tempt him to sin. Thomas persevered, however, and took his vows as a Dominican. He studied under St. Albertus Magnus, and received his doctorate in theology from the University of Paris in 1257. St. Thomas wrote many works, including the Summa Theologiae, and is known as the “Angelic Doctor.”

Above is the incorrupt body of St. Bernadette Soubirous, albeit with the face and hands covered with wax, kept at the Convent of Gildard in Nevers, France. St. Bernadette was born in 1844 in Lourdes, France, and died in 1879. When she was fourteen years old, the Virgin Mary appeared to her in a grotto while she was collecting wood. Eventually, many pilgrims flocked to the site and were cured by drinking the water that flowed from the grotto. St. Bernadette later entered the religious life and died an early death due to tuberculosis.