Here’s Why You Should Ask the Archangels for Their Intercession

In all of sacred scripture, we are introduced to three different angels who played crucial roles in fulfilling God’s plan for his chosen people. These mysterious figures are among the least understood saints in all of salvation history, but they are our heavenly guides who the Lord uses to bring us closer to him.

The word angel from the Greek, "aggelos,” means “messenger.” They are pure, created spirits. They have no bodies and do not depend on matter to exist.

We cannot be made angels because they are their own, uniquely created beings like we are made uniquely human. But angels can be made saints. Saint means “holy one” who are united with God and chose to side with God rather than the devil. Angels side with God hence they are saints.

The archangels are the high messengers, the leaders, similar to how we recognize the hierarchy of bishops and archbishops. 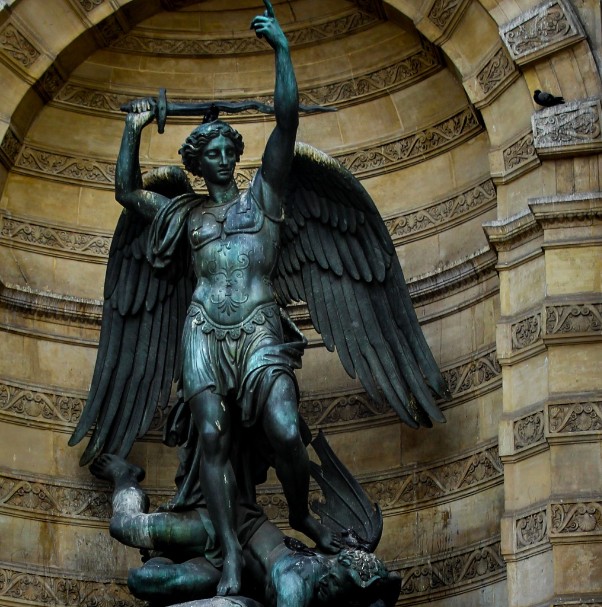 The name Michael means “who is like God?” He led the forces of heaven in casting out his own angelic brother, Lucifer/Satan, when he rebelled against God and declared himself like God. He is invoked as a protector against all evil.

St. Michael appears in Scripture four times, twice in the Book of Daniel, and once each in the Epistle of St. Jude and the Book of Revelation.

In Daniel, he is depicted as the guardian angel of Israel, doing battle against the spiritual forces at work against Israel.

In St. Jude’s Epistle, he is referred to explicitly as an archangel who guards the tombs of Moses and Eve and has contended with Satan over the body of Moses.

In Revelation 12:7-8, he casts Satan out of heaven and binds him in the bottomless pit.

He has also had many interactions with the saints: 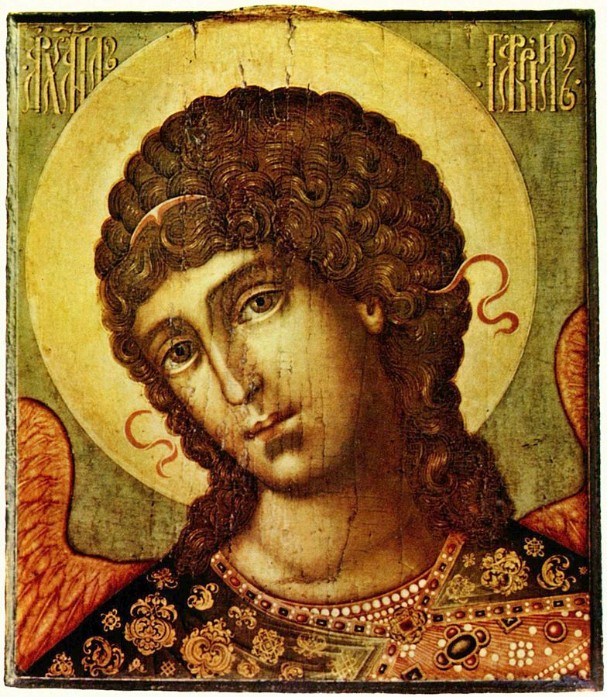 Saint Gabriel, whose name means "God's strength," is revered as the Archangel of Wisdom, Revelation, Prophecy, and Visions. He appears four times in Sacred Scripture. Most notably, he is the one who was the messenger of the Annunciation, praising Mary, “Hail, full of Grace the Lord is with you!”

He appeared to Zachariah when he was offering incense in the Temple, to foretell the birth of St. John the Baptist.

In Daniel 8:16, he was assigned to help Daniel understand the meaning of a vision. Later, he appears to Daniel and gives him the prophecy of “seventy weeks of years” concerning Israel’s future (Dan. 9:24-27).

Christian tradition suggests that he appeared to St. Joseph in a dream, encouraging him to take Mary into his house and to the shepherds on Christmas night. Also that it was he who "strengthened" Jesus during his agony in the garden before his crucifixion. 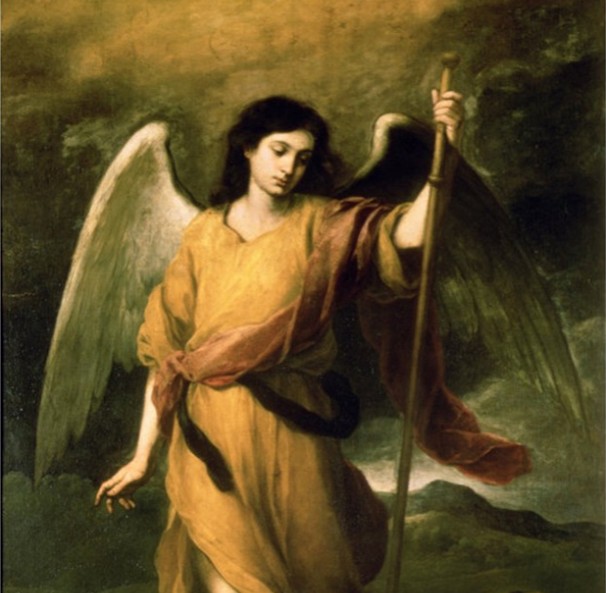 Perhaps the most underrated of the three, St. Raphael appears in the book of Tobit. Raphael means “God Heals” and is often revered as the archangel of healing. He abolishes the demon who kills the seven men who are Sarah’s betrothed so that Tobias can marry her and he heals Tobias’ blindness.

In John 5:2-4, an angel comes to the pool at Bethesda, where many ill people congregated. "An angel of the Lord descended at certain times into the pond; and the water was moved. And he that went down first into the pond after the motion of the water was made whole of whatsoever infirmity he lay under."

Although the angel is not mentioned by name, tradition holds that this angel was Raphael because of the healings often linked to him.

How to Honor the Archangels

On September 29, the Church celebrates the Feast of the Archangels or Michaelmas. The name Michaelmas comes from a shortening of "Michael's Mass," just as Christmas is “Christ's Mass” -- and until the 1700s it was a holy day of obligation. Throughout history, it was often regarded as the final day of harvest, so feasts were held to celebrate the fruits of the season. Traditional meals to mark this feast usually contain carrots, goose, and blackberries.

In 2019, the feast falls on a Sunday, so it is bumped from the liturgical calendar. However, we can still celebrate it and call for their intercession.

The St. Michael Prayer is a powerful prayer say when we are in the midst of trial:

St. Michael the Archangel, defend us in battle.

Be our defense against the wickedness and snares of the Devil.

May God rebuke him, we humbly pray,

and do thou, O Prince of the heavenly hosts,

by the power of God, thrust into hell Satan, and all the evil spirits,

who prowl about the world

seeking the ruin of souls. Amen.