How Are Catholic Weddings Celebrated Across the World?

As we progress through the summer wedding season, we hear a number of familiar phrases when we attend Catholic wedding ceremonies: “until death do us part,” “love is patient, love is kind,” “take this ring as a sign of my love and my fidelity.”  Every now and again, however, we might witness an unfamiliar part of the Nuptial Mass, or wonder about the significance of a tradition that we have witnessed time and again.  Often, a new tradition that we see is a cultural or religious tradition chosen by the bride and groom, incorporated for its significance to them personally.  The traditions that are more familiar to us come to take on new meaning when we explore their significance more deeply.  Learning more about all of these traditions, both old and new, can lead us to a greater understanding of and appreciation for the beautiful sacrament of marriage. 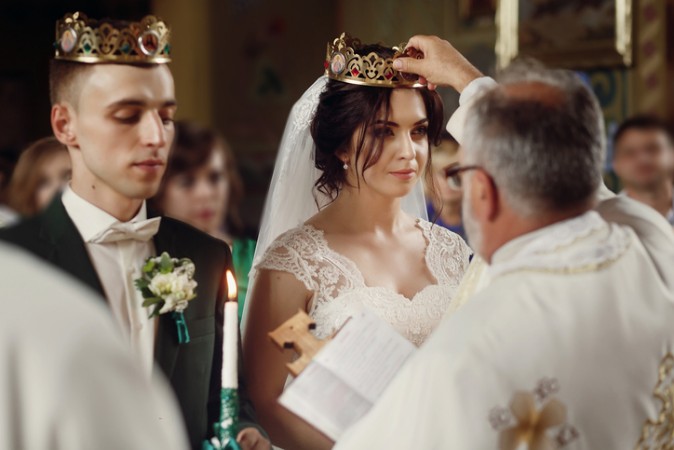 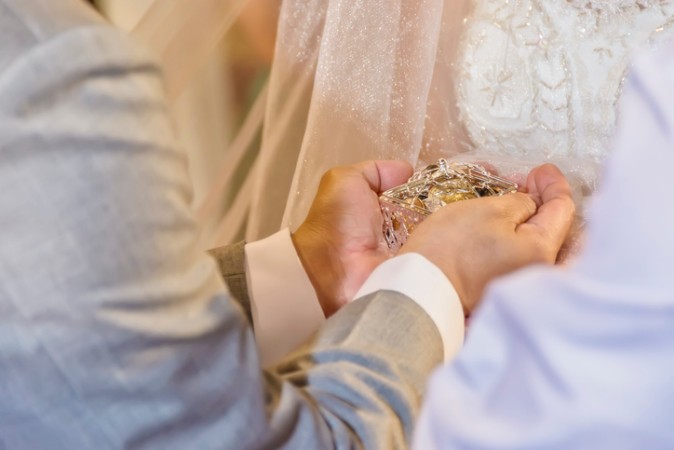 This next tradition hails from the Phillipines.  Filipino weddings are rich in traditional elements.   They also often involve a number of members of each family, showing that familial unity extends beyond marriage and includes all children and relatives.  A unique tradition that is often used in their wedding ceremony involves the bride and groom exchanging coins, symbolizing their commitment to be good stewards of the gifts that God has and will give them.  In exchanging the coins, the bride and groom promise to each other that they will share the blessings that life offers them, as well as pass on these gifts to their children.

A beautiful tradition that is deeply symbolic of the meaning of marriage comes from Croatia.  The Croatian people have been persecuted for their Catholic faith numerous times, and their wedding ceremony reflects their faith in times of suffering.  Before they say their vows, the bride and groom place their hands upon a crucifix which they have brought, and the priest covers their hands with his stole.  They keep their hands joined as they say their wedding vows, and kiss the crucifix at the end before each other.  This is a symbol that their marriage is joined to Christ in an inescapable way, and in order to truly live out their vocations as man and wife, they must offer up the suffering that life brings them just as Christ offered up His suffering on the Cross.

One tradition that is prominent among Mexican, Filipino and Spanish cultures involves el lazo, or “the lasso.”  In this tradition, two sponsors (called el padrino and la padrina) place a large rosary over the shoulders of the bride and groom in a figure eight fashion.  The priest then prays over the couple as they are joined together.  This tradition reflects the theme of unity in marriage, showing that the spouses are joined together for the rest of their lives.  The rosary is used to reflect the couple’s unity in Christ, and the figure eight is the mathematical symbol for infinity, showing the permanence of the institution of sacramental marriage.

Presentation Of Flowers To Mary 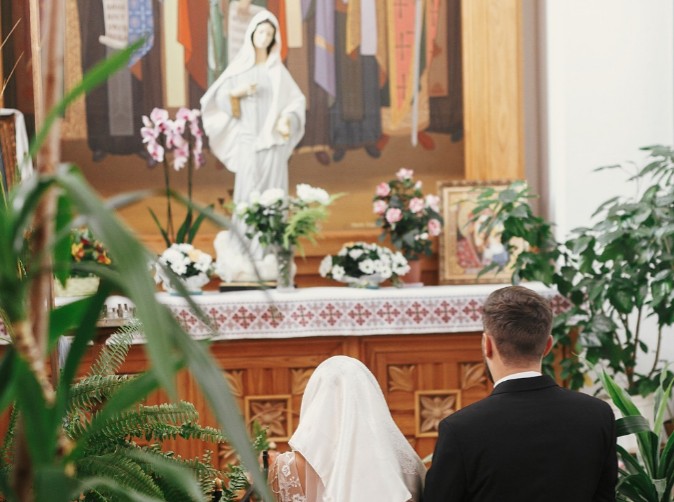 A more common part of the Catholic rite of marriage is the presentation of flowers before a statue of or a shrine to Mary during the wedding ceremony. Although this is not a mandatory part of the ceremony, many Catholics choose to present flowers as a sign of their devotion to the Blessed Mother, thus honoring her as a powerful intercessor and a gateway to Christ.  After presenting the flowers, the bride and groom pray together to Mary to help them live out a holy family life, just as Mary lived out her holiness together with Joseph and the child Jesus.

Another time-honored tradition is that of the bride and groom exchanging rings after they exchange their vows.  This tradition, though not specifically Catholic, remains part of the Catholic wedding ceremony.  After the bride and groom vow to join their lives together permanently, they exchange rings as a sign of their love and their fidelity.  The priest blesses them with one of several prayers, saying: “Lord, bless these rings which we bless in your name.  Grant that those who wear them may always have a deep faith in each other.  May they do your will and always live together in peace, good will and love.” 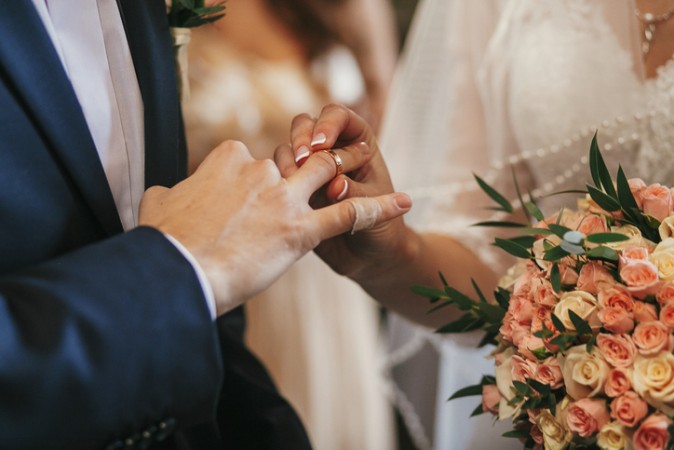 The exchanging of rings, because of the blessing involved in the wedding ceremony, can assume a Catholic identity.  Wedding rings, however, have existed since ancient times in various capacities.  Their circular shape represents a number of themes, primarily totality and eternity.  The interior of the ring can also represent a door, signifying the path that lies ahead of the couple as well as indicating a notion of fate or destiny.  Those two notions can be translated to the more Catholic idea of the couple’s following the plan that God has had for them always.  The rings thus become a beautiful symbol of saying yes to God’s will.

One of the traditions that is most closely associated with a wedding is that of the bride donning a veil during the ceremony.  The use of a bridal veil is similar to the use of wedding rings: both are rituals that have existed for many, many years, yet both have come to hold deep significance in the context of a Catholic wedding ceremony.

The more secular significance of the veil typically is related to the bride’s modesty and virginity, as well as the relationship of the bride to both her father and the groom.  Traditionally, the bride’s face is covered by her veil as her father leads her towards the groom.  After they approach, the veil is lifted by the father, showing his approval of the marriage and his willingness to give his daughter away to the groom.  The lifting of the veil also is known to symbolize the consummation of the marriage.

In Church tradition, the veil symbolized the above themes yet also took on specific Catholic significance.  The relationship of the groom and the bride symbolizes the relationship between Christ and His Church: just as Christ lays down his life for His Church, so too should the husband be willing to lay down his life for his wife.  With this parallel in mind, the unveiling of the bride here takes on a new meaning relative to Catholicism.  When the veil is lifted, the bride leaves her previous life behind and joins her husband in their new life ahead.  It is helpful to note here that the original Greek root of the word “apocalypse” contains the notion of “unveiling.”  This leads us to the idea that just as the bride is unveiled and given to her husband, so will the Church be united with Christ at the end of time.