Invest In Your Faith With These Books For Teens

With school, there are all sorts of books you have to read.  Textbooks, novels/works of literature, articles, and more.  How many of those affected your soul? From my high school experience, the percentage was very small.  I didn’t like a lot of books in literature classes; it wasn’t until my senior year that I started enjoying some of the books that I read.

None of those were books that spoke to my spiritual life, though.  Don’t make the same mistake I did: invest in your faith now.  Picking up some good books can greatly enrich your spiritual life and deepen your relationship with God. 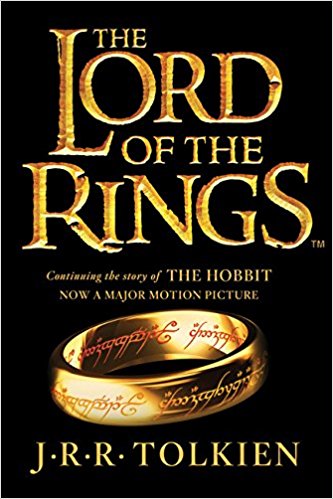 This trilogy of books is comprised of The Fellowship of the Ring, The Two Towers, and The Return of the King.  As good as the movies are, the books are even better.  Reading it is a great exercise for the imagination—and your imagination will get a workout with the intricacies of Middle Earth.  Tolkien studied languages and linguistics, and constructed poetry and songs for each race: elves, dwarves, men, hobbits, and many more.  The novels stand on their own as a great adventure story; on top of that, the trilogy is also a mini-course in Catholic theology.

Tolkien was Catholic, and LOTR overflows with Catholic symbolism.  While you enjoy Frodo and Sam’s heroic quest, consider the characters of the story on a deeper level.  Ponder how Jesus is represented as priest (Frodo, ascending a mountain to die), prophet (Gandalf, who speaks against kings/wizards who had turned evil), and king (Aragorn, the long-awaited king, hidden among his own people).  Read the description of Galadriel, and think of Our Blessed Mother. And, with Genesis 3:15 in mind, reread Eowyn’s defense of her father at the Battle of Pelennor Fields.

Take in the big picture of the book, as it speaks to the spiritual life in general.  The quest for holiness is not unlike Frodo’s journey: easy at times, trying at other times; unexpected situations popping up; the necessity of hope, and the stubbornness to hold onto it in the face of despair; the need to fight and press on, or be captured.  And, if we think we can go on it completely on our own, we’d be doomed to fail. Evil, as represented by Sauron and his orcs, relentlessly seeks to destroy. There is no compromising with evil, as multiple characters prove throughout the books.

Read this trilogy searching for multiple layers of meaning and you won’t be disappointed.

2. Made for Love: Same Sex Attraction and the Catholic Church by Fr. Mike Schmitz

Same-sex attraction is such a divisive issue in the Catholic Church today.  Some people want the Church to change its teaching completely, and get with the times.  Others simply don’t talk about it, hoping it will sort itself out. Still others have communicated authentic Church teaching in an uncharitable way, doing more harm than good.

Then there are others, like Fr. Mike Schmitz, who confront the issue directly, with charity, and with uncompromising fidelity to the moral teaching of the Church.  The Church’s stance on same-sex attraction is not something we should be scared of! On top of that, the Church has reasons for what it teaches--contrary to what our culture believes, those are good reasons.  The nature of man and woman, the theology of the body, truth, sin, and sex all come into the discussion when talking about same-sex attraction.

If you’ve heard about the Church’s teaching on this and have concerns, or if you heard it talked about in an ambiguous way, go and investigate yourself with this book. 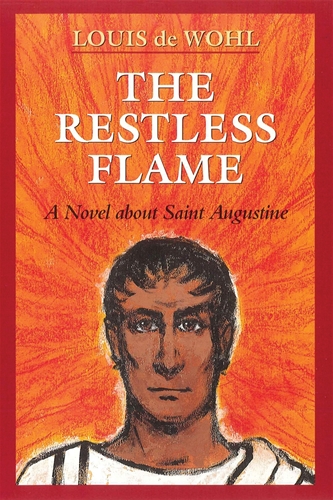 This is a historical fiction novel about St. Augustine, a 4th/5th-century saint from North Africa.  He was a central figure in the Christian world of his day as a bishop and brilliant scholar. Yet he was not always so: it took years of wandering before he was baptized a Christian.  He pursued pagan philosophies, had a mistress for over a decade, had a son with her, and was talented enough to skate through life at times.

After much searching and years of praying on the part of his mother (St. Monica), Augustine finally received baptism in A.D. 386 at the age of 31.  Augustine is a great example of the power of God’s grace, in two ways. First, never underestimate the power of grace when it works in a heart that’s open.  No one is beyond hope! Second, God’s grace takes existing gifts and causes them to flourish. Would anyone who knew the strong-willed, troublesome, teenage Augustine have expected him to turn out the way he did?

What can God do with your life, if He could turn Augustine from rebel to saint?

The harshest critics of Catholicism/Christianity call it a Bronze Age religion.  The case for Christianity cannot hold up in an intellectual conversation, our culture tells us.  C.S. Lewis starts his book not by citing Scripture. He begins with a puzzle: “These, then, are the two points I wanted to make.  First, that human beings, all over the earth, have this curious idea that they ought to behave in a certain way, and cannot really get rid of it.  Secondly, that they do not in fact behave in that way…. these two facts are the foundation of all clear thinking about ourselves and the universe we live in.” (pg. 21)  Lewis doesn’t actually start his case for Christianity directly until forty pages into the book.

Turn to this masterpiece of Christian writing of the 20th century for an intelligent, well-thought out treatment of Christianity.  Not only does Christianity stand up well to reason, it can’t flourish without it.

Emotions in large part make humans, humans.  We have so many examples of how not to handle emotions well!  Emotions can’t be buried; that only leads to disaster.  On the other end of the spectrum, given free rein in our lives, emotions end up controlling us rather than us controlling them.  Transforming into an emotionless robot isn’t an option, either.  We’d miss out on all the great things that come with emotions.

The only choice left to us is to deal with our emotions in as healthy of a way as is possible.  Sarah Swafford endeavors to show how emotions can be directed, when they can be trusted, and the limits of their power.  Harnessing our emotions can result in great things, especially for relationships.

6. Blessed Are the Bored in Spirit: A Young Catholic's Search for Meaning by Mark Hart

Is Mass boring?  Is Catholic spirituality a hindrance to doing what you want?  Why isn’t it enough just to be a good person? These questions face a lot of teens today (not to mention adults).  The immense tragedy is not that the questions are being asked--but that they’re not being investigated. Mark Hart takes up these questions and answers them in a conversational, easy read.  Again, having questions about your faith isn’t necessarily negative. It’s really an opportunity! Left unresolved, these questions can suffocate your faith. If you use them to your advantage, they can deepen your faith and provide you with a more solid foundation to stand upon.

Those that leave the Catholic Church do so for a variety of reasons.  At the root of the problem is that the majority never became disciples.  Their heart was not convinced--or not convinced enough. Before joining that number, give discipleship a genuine try.

There’s a lot to know in the Catholic faith: a veritable encyclopedia of knowledge.  Don’t fall into the trap that you have to learn everything, immediately, to be a good Catholic.  YOUCAT may not be the kind of book that you read cover to cover, but it’s an important resource to have on your shelf.  The book came out of World Youth Day in 2011 as a shortened catechism, formatted specifically for youth. Like the Catechism of the Catholic Church, the writings of the saints and Scripture verses fill up the doctrinal content of YOUCAT.  It’s a great way to learn about what the Catholic Church teaches, and to get an introduction to the vast intellectual tradition.  This tradition doesn’t belong to academics, it is the heritage of every Catholic.  Two millennia of knowledge, spiritual insights, and paths to God can be in your hands with the YOUCAT.