Keep Your New Year’s Resolutions with These January Saints

January is a season of change and resolution for many. It is the beginning of a new year, and it often brings with it a time of reflection and anticipation. Who am I? Who do I want to be? What opportunities will this new year bring? There are many people sharing their resolutions with gusto while others, with self-deprecating laughter, make bold claims they expect to fail at before February begins.

Not only are we in the new year and a new decade, but we are in the midst of something familiar and dear: the post-Christmas season. Our minds and hearts have drifted back from the stable in Nazareth to our average, everyday lives. People are back to work, kids are back to school, and life is moving forward. We have had the blessed seasons of Advent and Christmas to anticipate and to revel in the wonder of Christ’s birth. Has it left us unchanged? There’s an opportunity to allow the lessons and insights the Lord taught us in Advent and Christmas to continue changing us.

If you, like me, want to make resolutions you can and will keep, I invite you to base your resolutions on virtues found in the saints. If you focus on building virtue, the other resolutions you may have made (or the ones you may have avoided making) are more likely to follow. We also cannot grow in virtue in a vacuum, it is something that is practiced in the daily situations in which we find ourselves. It is easier to practice a virtue when we have someone else’s example to follow. The saints listed below are just a few examples of the many great saints who model Christian virtue. Their feast days are celebrated in January, which gives us an opportunity in these early weeks of the year to be inspired and follow where they lead.

Born in the early 400s in a rural village outside of Paris, Genevieve was pious from her youth. As a child, St. Germain was preaching in her village when he was struck by the pious devotions of the little girl. He spoke to Genevieve and her parents and told them that their daughter would one day be a great consecrated virgin who would inspire and lead others. She grew in virtue and wisdom, and moved to Paris after the death of her parents. When in Paris, she was entrusted by the bishop with the leadership of other consecrated virgins. She was known for her great acts of penance and charity.

In 451, Attila the Hun was raiding Gaul and was en route to Paris. The Parisians were preparing to flee for their lives, but Genevieve received knowledge from God that if the people trusted in the Lord’s providence and made many acts of penance and prayer then the city would be spared. The city of Paris swelled with confidence of God and Attila ultimately swerved from his march and left Paris alone. Genevieve continued her life of generosity, penance, and complete devotion to God. She is the patron saint of Paris, and Parisians have turned to her for her intercession for centuries.

There are many opportunities to grow in our trust in the Lord. Trusting God is an act of humility. It is a recognition that we are not in control of everything. It may be as simple as trusting him when traffic is bad and we are late to work, or as complicated as trusting him when there is an unexpected illness or death in the family. Genevieve had complete trust in the Lord’s providence, and inspired others to trust in him. May we strive to imitate her trust, no matter what happens this year. 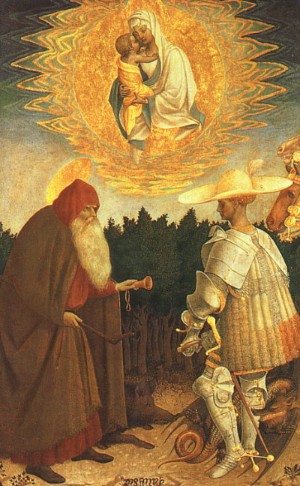 Antony came from a wealthy family in Egypt in the mid third century. His parents died when he was a young adult, leaving him all their possessions. One day, he walked into church and heard the Gospel when Jesus exhorts the rich young man to sell all his possessions and follow him if he would be perfect. Antony did just that: he sold everything he had and retreated to live a life of quiet asceticism in the desert. His life was simple and fraught with discomforts, acts of penance, and many years alone in the wilderness. He also had unwelcome visitors, namely, the demons who came to tempt and attack him regularly. He also, without seeking attention, attracted many other young men who desired to follow in his footsteps and he was thus put in a position to guide and lead others in the ascetic life.

It took great courage to leave everything he had behind, but it took even greater courage to persist in the call to a quiet, simple, penitential life in the desert. It took fortitude against the powers of evil who came to tempt him by messing with his mind and came to torment him by physical attacks. Though most of us are not asked to sell all we have and live alone in a cave, we are all asked to do things that require courage. Perhaps we have avoided talking about the faith to a family member who is living a harmful lifestyle. Maybe we need to make a career change for the sake of our spouse and children. Small acts of courage in regular life prepare our hearts to be courageous when we rather be cowards in the big things. May we learn from St. Antony how to live with simplicity and courage.

Agnes was a young Christian girl in the early 300s in Rome. We do not know much about her life, but she is one of the seven virgin martyrs mentioned in the Roman Canon of the Mass. The name “Agnes” is related to the Latin word for “Lamb” and comes from a Greek word that means “chaste, pure, sacred.” In artistic depictions she is usually shown with a lamb and a lily – symbols of purity and sanctity. The lamb, and her name in particular, are signs of her closeness to the Lamb who is also the Shepherd, Jesus Christ. The tradition tells us that she died in the year 304 under the Emperor Diocletian. She was only 12 or 13 years old.

Agnes’s brief but holy life is a demonstration to us that we are never too young (or too old) to commit ourselves to purity in the Lord. Purity of body might be the first thing that comes to mind – giving up sexual sins or bad habits – and this is absolutely necessary, but there is a purity that is more all-encompassing as well: purity of heart and mind. We need to be able to free ourselves of those things that cloud our judgment or tempt us to dwell on impure things whether it be the music, the movies, or the books we engage with. May St. Agnes pray for us all as we strive to be pure in body, heart, and mind.

Born the eldest son to aristocratic French parents in 1567, Francis was set up by his family to become a great man of law. One day, struggling with despair, he knelt before a miraculous image of the Blessed Mother and consecrated himself to her. He was admitted to practice law and was about to be appointed a senator, but declined this and declared his intention to become a priest. Though he was still launched into a life of recognition by being named a bishop early on, he had great zeal for the salvation of souls. He quickly became known for his catechesis, his preaching, his patience, and his love for the poor. In our day, Francis is remembered by his writings, for which he has been declared a Doctor of the Church. His most well-known book was originally a series of letters written to a spiritual daughter seeking spiritual direction, Introduction to the Devout Life. In this work he sets forth what it means to live a life of devotion to the Lord for the average lay person who has to live in the world and yet remain faithful to Christ.

Francis de Sales reminds us and encourages us that devotion is not only possible, but is necessary for lay people as well as religious and priests. Though gentle, he is insistent that we take on a regimen to examine our hearts and entrust ourselves to God always and everywhere. May we learn from him, perhaps by taking up his works, what it means to remain devoted to Christ in the midst of life. 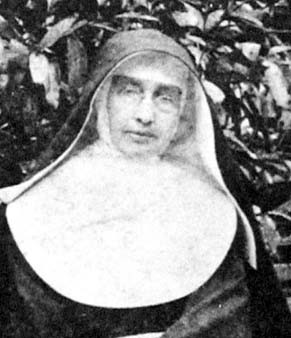 Barbara Cope was born into a German family in 1838. Two years later, the family moved to Utica, New York. Young Barbara had to work in a factory to help support her family. Eventually, she was able to join the Sisters of the Third Order of Saint Francis in Syracuse and took the name Marianne at her profession. With the sisters, she was a teacher, a novice mistress, superior of a hospital in Syracuse, and provincial leader. In 1883, the Hawaiian government was seeking an order to run the Kakaako Receiving Station for people suspected of having leprosy and Mother Marianne and her sisters immediately leapt at the opportunity. Mother Marianne took six sisters with her to Hawaii. They took charge of the Receiving Station, opened a hospital and school for girls on Maui, and eventually went to Molokai to open a home for women and girls and took charge of the home for men and boys established by St. Damien de Veuster.

Mother Marianne dedicated her life to joyful, generous care of others. She went where others were unwilling to go – to the outcasts, to the lepers, to the sick and suffering. Though we may not be called to spend our lives serving lepers, we are all called to give of ourselves generously wherever and whenever the Lord asks us to give. 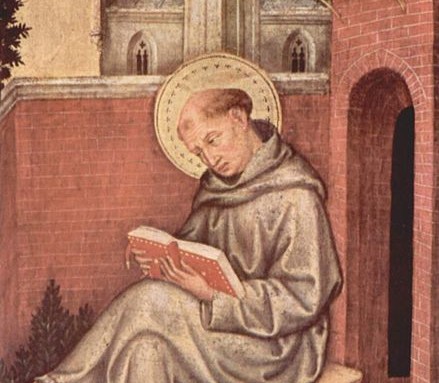 Known as the “Angelic Doctor” Thomas Aquinas was born to a wealthy family in who sent him to a Benedictine Monastery at age five to gain a brilliant education that he might become an important and powerful abbot. Attracted by the poverty and dedication to preaching of the Dominicans, Thomas joined the order in 1243. His family was not pleased. He was kidnapped and imprisoned by his own family for over a year, who tried to convince him that the radical Dominican way was not for him. Through trials, Thomas remained faithful and peaceful to the life God designed for him. Free from his family, he went on to complete his studies in Paris and Cologne and became one of the greatest teachers and preachers not only of his time, but of all time.

God entrusted Thomas with a brilliant mind, and the Dominican was faithful to this gift by teaching, preaching, and writing of the Truth always and everywhere. It was his love for Jesus Christ, the Truth Incarnate, that drove him onwards, and he was faithful to the Lord until the end of his life. May we be inspired by Thomas’s faithfulness to Christ and his Church, and by his use of his gifts for the glory of God.

May we use the gifts God has given us to reveal the Truth to others in 2020 and beyond.