Do you know the Amazing 15 Promises of the Rosary?

Why We Need the 15 Promises

In our daily lives, it can be difficult to see past the mundane and focus on the profound mysteries of our Catholic faith.  It is tempting to ask ourselves why we need to meditate if we are already going to Mass, if we are charitable to our fellow men and women and if we are fulfilling the basic principles of living a Christian life in general.  However, we should not think in such a stagnant way: in order to truly fulfill our duties as Christians and grow in holiness, we should meditate on the deepest mysteries and most meaningful cornerstones of our faith.  Mary has made fifteen promises to those who are diligent about praying the Rosary, and her promises are a great help in showing us why we should meditate on these mysteries and how they will help us grow in our faith.

The Origin of the 15 Promises

These promises originated with Alanus de Rupe, a 15th-century Dominican preacher who was best known for his efforts to promote the Rosary and share its meaning with Catholics everywhere.  Alanus lived during a time that was permeated by Albigensian heresy, which caused him to become even more dedicated in his devotion to the Rosary by using it as a means of countering this heresy.  The promises originated during a vision he claimed to have of Mary appearing to St. Dominic, during which she gave St. Dominic the Rosary as an aid in combating the Albigensian movement.

Mary’s apparition to St. Dominic shows here why the Dominican Order considered the Rosary to be of such importance in subsequent years.  The Order throughout the centuries has held the Rosary in high esteem, considering it to be the way that the Dominicans may perfect themselves and obtain both their own salvation and the salvation of others.

What Do They Promise?

The fifteen promises span several elements of the Christian life, including grace, virtue, salvation, the sacraments and deliverance from Purgatory.  The full text is as follows:

The Catholic Church categorizes these promises as “private revelation,” signifying that although the apparitions that reside within this category are not considered as a part of church doctrine, Catholics are free to believe them as a pious tradition as they wish, and may use them towards the betterment of their faith.  The promises, when printed, are given a “nihil obstat” and “imprimatur” (meaning “nothing obstructs” and “let it be printed,” respectively) meaning that the promises have been reviewed by a Catholic of authority, in this case an archbishop and a cardinal, and have been found not to contradict any teachings of the Catholic faith. 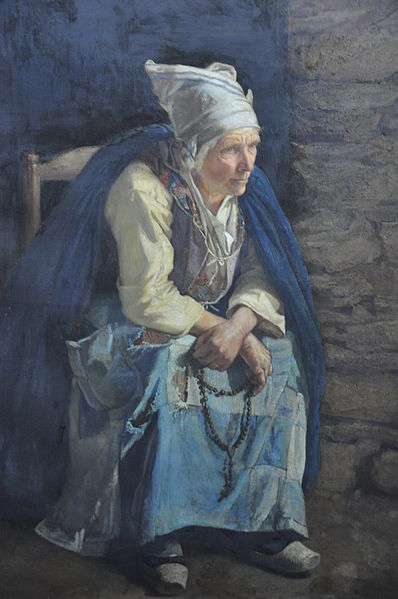 These promises add to the previous significance of the Rosary in several ways.  The origin of the Rosary itself, according to pious tradition, dates back to the early 13th century, during which time it is said that Mary appeared to St. Dominic and instructed him to pray the Rosary in order to strengthen personal holiness and combat the sin and heresies that were arising at that time.  The Rosary thus became an important component of the Dominican order, and many Dominicans throughout the years have been very diligent both in praying the Rosary themselves and in spreading the Rosary to the remainder of the Catholic Church as a fundamental part of Catholic belief.  Although some doubt the veracity of Mary’s 13th-century apparition to St. Dominic, it is doubtlessly true that the practice of praying either 50 or 150 Ave Marias had grown throughout the 12th and 13th centuries, and it is also certain that the Dominican Order was instrumental in developing this devotion.

The format of the Rosary is comprised of five sets of ten Hail Mary's, each preceded by the Lord’s Prayer and followed by the Glory Be.  In the 16th century, Pope Pius V established the fifteen mysteries of the Rosary, which we continue to use to this day.  The three categories of the Joyful, Sorrowful and Glorious mysteries signify different aspects of Jesus’ life and teachings.  The Joyful Mysteries on the period from Jesus’ incarnation and birth to the beginning of his preaching.  The Sorrowful Mysteries recall his passion and death on the cross.  The Glorious Mysteries begin at Jesus’ resurrection and end with Mary’s coronation as Queen of Heaven, thus recalling Jesus’ kingship over heaven and earth.  In 2002, Pope St. John Paul II proposed that a new set of five mysteries be added, and so the Church received the Luminous Mysteries.  These focus on the public life of Jesus, beginning with his baptism by St. John the Baptist and ending with the institution of the Eucharist by Jesus at the Last Supper.

What the Promises Can Teach Us Today 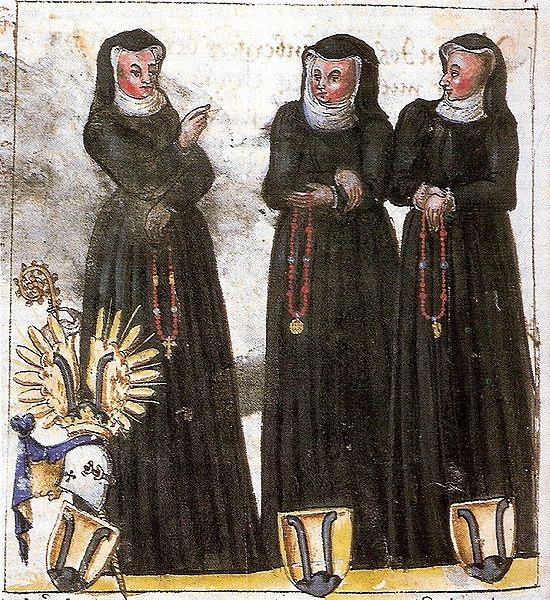 Each one of the four sets of mysteries is intended to be said on particular days of the week, thus allowing us to integrate these meditations better into our daily life.  For instance, reciting the Sorrowful Mysteries on Fridays allows us to recall the Passion and Death of Jesus as they occurred on Good Friday, and reciting the Glorious Mysteries on Sundays allows us to consider how we celebrate the Resurrection at each Mass that we attend.  Having this distinct connection between the events recounted in each of the twenty mysteries and our lives as we go through our week helps us in our meditation on these events, which in turn helps us better unite our daily routine with our journey to holiness through meditation.

One of the great truths of the Rosary is that it allows us to make our way to Jesus through Mary.  St. Louis de Montfort, an 18th-century saint who believed that the help of Mary is essential to mankind’s ability to attain heaven, was a great proponent of the Rosary.  De Montfort approached Marian consecration as a special and privileged path towards growing closer to Jesus, as she is a bridge between earth and heaven.  Flannery O’Connor wrote on the importance of Mary, saying:

“Since then I have come to think of sleep as metaphorically connected with the Mother of God. Hopkins said she was the air we breathe, but I have come to realize her most in the gift of going to sleep. Life without her would be equivalent to me to life without sleep, and as she contained Christ for a time, she seems to contain our life in sleep for a time so that we are able to wake up in peace” (The Habit of Being, p. 112).

We can see from this sentiment of O’Connor’s that Mary is indeed a fitting way for Catholics to attain heaven.  As humans, we live in a deficient and imperfect way as a result of original sin.  These deficiencies are symbolized here by the need for sleep, and Mary is represented by sleep itself: she, by giving herself to us, gives us rest.  This allows us to live in holiness and thus satisfies us in a way that enables us to join her Son in heaven, as she heals our sorrows and works to perfect us in order that we may obtain eternal beatitude.  The way that she can help us is shown tenderly and clearly in these fifteen promises.  Let us, then, pray the Rosary diligently as she instructed and trust in her fifteen promises with great hope!

How have you benefited from praying the Rosary? Leave a comment below.