The Complete Fullness of Truth in the Catholic Church

From a secular mindset, stating that the fullness of truth can only be found in the Catholic Church is short-sighted at best.  Aren’t there many paths to God?  What about the other religions in the world?  The western world lives and breathes a philosophy of relativism.  That is, one person’s religion/spirituality is just as good as the next person’s.  Whether it’s atheism, Christianity, Hinduism, or someone’s private belief, it really doesn’t matter.  The only binding quality on all is to be a “good person”, though there are as many definitions of that as there are people in the world.  Sadly, even some Catholics think along those secular lines and see nothing special about their Church.

The presence of great scandal in the Catholic Church also cripples her witness to the truth.  It does now in 2018, and has for centuries.  How can such a Church pretend to claim to the fullness of truth, if her own clergy and faithful act utterly contrary to the gospel?

The questions raised by relativism and by the recent scandals are hugely important, no matter how uncomfortable they may be.  And, I argue that the Catholic Church has a compelling answer.  Through the sin on the part of the clergy and the faithful, in spite of the secular charge that Catholicism is largely irrelevant, the Church still affirms the truth and mission given to her by Christ.

Can Truth Be Found in Other Places?

Even if someone had claimed to be divine, founded a Church, and bestowed His mission & power upon her, evidence of goodness elsewhere in the world seems to contradict that claim.  Good people do abound in the world, regardless of country, religion, or era of history.  The philosophical concept of natural law explains that from the Christian perspective.  St. Paul speaks of it in his letter to the Romans: “When Gentiles who have not the law do by nature what the law requires, they are a law to themselves, even though they do not have the law.  They show that what the law requires is written on their hearts” (2:14-15).  None other than God placed that law in their hearts. 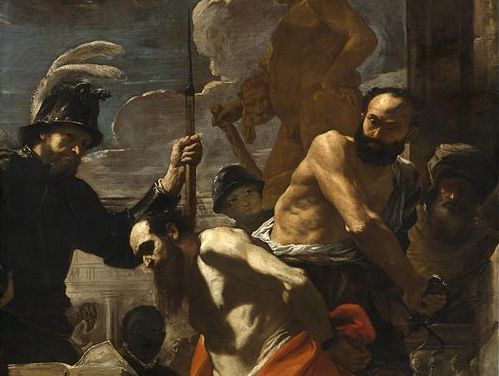 Vatican II’s declaration Nostra Aetate, the addressed the relation of the Church to non-Christian religions.  The document addressed the good found in other religions, specifically that “the Catholic Church rejects nothing that is true and holy in these religions. She regards with sincere reverence those ways of conduct and of life, those precepts and teachings which, though differing in many aspects from the ones she holds and sets forth, nonetheless often reflect a ray of that Truth which enlightens all men.” (#2)

As somewhat of an extension to the natural law, the world offers plenty of good things.  With good things in the world, and rays of truth in other religions, is that enough?  Should we bother looking further for truth?

Jesus Makes All the Difference

The Church answers that the world, all its good things, and any rays of truth are not enough.  Catholicism points toward the sun, not the rays; the light, and not just shadows of things on the cave wall.  The entirety of the Catholic faith depends on Jesus Christ.

Nostra Aetate rightly affirms the rays of truth found in other religions, but does not stop after the above quote.  It continues that the Church “proclaims, and ever must proclaim Christ ‘the way, the truth, and the life’ (John 14:6), in whom men may find the fullness of religious life, in whom God has reconciled all things to Himself.” (#2)

Somewhere deep down, we humans know that there is something beyond the present life.  For all the good things in the world, Facebook doesn’t follow us beyond the grave.  We can’t bring earthly awards to the afterlife.  It’s a fact that the things of the world are finite, and eventually pass away.  Not just that, but humanity faces deep, existential questions that the world cannot answer:

“What is life’s meaning? Is there a future for humanity, for us and for the generations to come?  … What awaits us beyond the threshold of death?  From these irrepressible questions it becomes clear how the world of planning, of precise calculation and of experimentation, in a word the knowledge of science, although important for human life is not enough on its own.  We do not only need bread, we need love, meaning and hope, a sound foundation, a solid terrain that helps us to live with an authentic meaning even in times of crisis, in darkness, in difficulty, and with our daily problems.”2 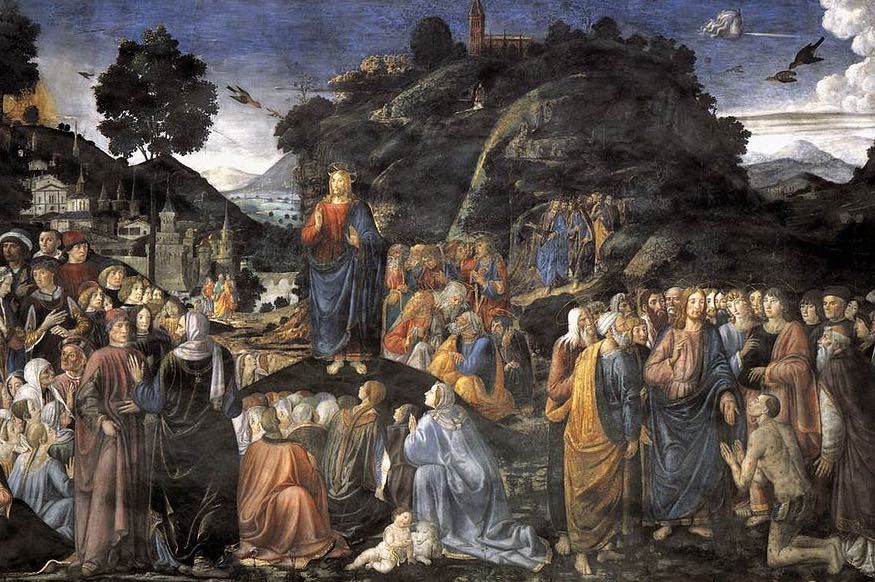 Right into the middle of human existence, the Eternal Word of God, the Second Person of the Holy Trinity, became flesh.  By His very words, Jesus said His purpose in coming into the world was to answer those deep, existential questions and “to bear witness to the truth” (John 18:37).  If Jesus is the Eternal Son as He said, the truth He brings is also eternal.

Jesus didn’t teach a series of truths about God, however.  He made remarkable claims to His fellow Jews:

All truth is found in Him, and any path to God ultimately goes through Him.  This is where we can come back to the natural law and to the rays of truth found in other religions.  God opened those pathways to Himself through Jesus, though they awaited the fullness of the Incarnated Word.  St. John Paul II’s encyclical Redemptoris Missio pointed to the reason why Jesus is the key to the discussion on truth, as well as the fullness of it:

“God's revelation becomes definitive and complete through his only-begotten Son… in this definitive Word of his revelation, God has made himself known in the fullest possible way.” (#5)

The Church Founded by Jesus

The Apostles taught nothing other than what Jesus revealed to them.  In the earliest days of the Church they testified that Jesus was no ordinary man.  St. John said in the Prologue to his gospel: “no one has ever seen God; the only Son, who is in the bosom of the Father, he has made him known” (1:18).  St. Peter, on fire with the Holy Spirit, proclaimed to the priests and scribes, “there is salvation in no one else, for there is no other name under heaven given among men by which we must be saved” (Acts 4:12).  St. Paul told the Colossians that “in Christ the whole fullness of divinity dwells in bodily form” (2:9-10).4 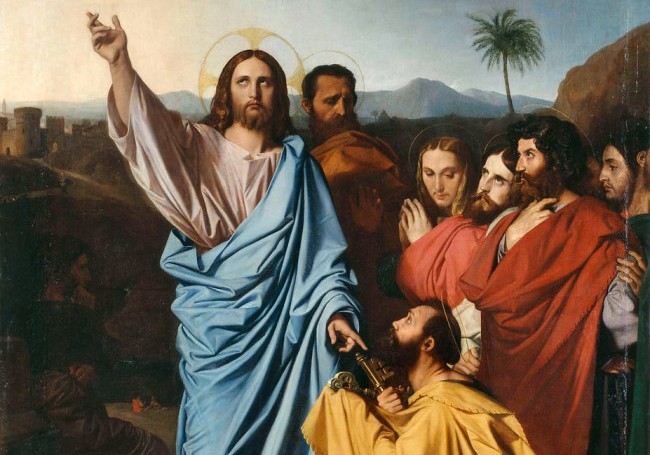 It is on the basis of all of these claims—words preached, miracles worked, all dependent upon the divinity of Jesus—that the Catholic Church can teach that:

“The words, deeds, and entire historical event of Jesus, though limited as human realities, have nevertheless the divine Person of the Incarnate Word, ‘true God and true man’ as their subject. For this reason, they possess in themselves the definitiveness and completeness of the revelation of God's salvific ways, even if the depth of the divine mystery in itself remains transcendent and inexhaustible.”5

Unequivocally, the Catholic Church’s foundation on the truth, witness to the truth, and claim to the fullness of truth depends 100% on Jesus.  No mortal merits on the part of Catholics could have earned something eternal: it had to be given.

The Body of Christ is more than just an invisible communion of believers; it has a visible principle of unity in the Church.  The unity is accomplished through a profession of faith, a common worship—especially the Eucharist—and valid Holy Orders maintained through apostolic succession (Catechism of the Catholic Church #815).

Jesus gave the Church her heartbeat, the Holy Spirit—both by breathing on the apostles on Easter Sunday (John 20:22) and by sending the Holy Spirit at Pentecost (Acts 2:1-4).  Holiness is not only a mark, but a goal.  “The Church has been given the sacraments along with the word precisely in order to be able to help make sinners holy” (Kenneth Whitehead, “Four Marks of the Church”6).  One of the sacramental ways the Church does this is through confession.  Jesus gave His very authority to forgive sins to the apostles (John 20:23). 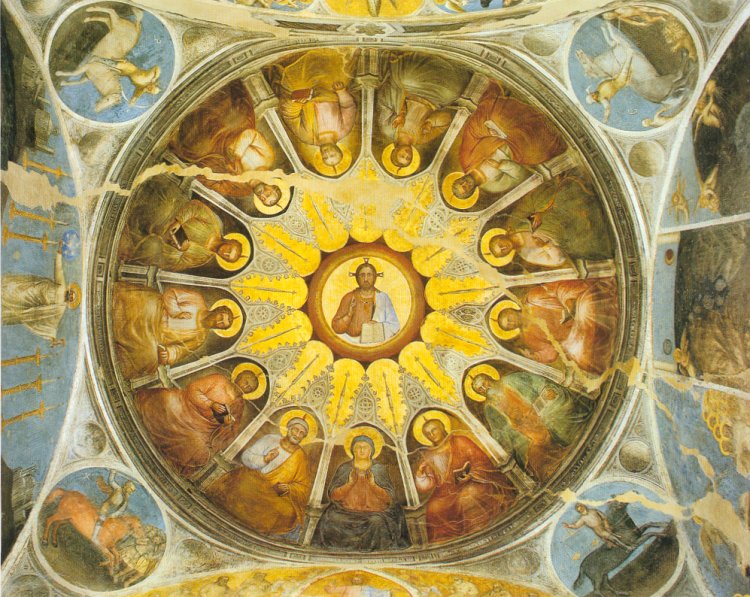 This mark of the Church brings in the literal meaning of “catholic”, which is “universal.”  The message of Jesus “is for everybody at all times as it does in the fact that it was indeed destined to spread everywhere throughout the whole world.”7

It was to the Church that Jesus bestowed the deposit of faith.  The apostles were the first guardians; they passed their authority onto their successors, and the succession continued from the literal hands of one generation to the next (see Acts 6:1-6).  The office that we know today as pope started with the act of Christ bestowing it on Peter (Matt 16:16-19).  Down through the centuries, saints and sinners held the office from Gregory the Great, to Pius VII, to Leo XII, to John Paul II, Benedict XVI, and Francis today.

There is only one church that displays all four marks of one, holy, catholic, and apostolic.  The Catholic Church proclaims the good news from her Christ-given foundation: Jesus is the way, the truth, and the life.  And it can’t be repeated too often that the Catholic Church’s claim to the fullness of truth rests entirely upon Jesus.  Communion with the Catholic Church is necessary to gain fullness in Him.