Over the last two thousand years, more saints fill heaven than we know to count.  As every age opens and closes, God raises up mighty saints, humble saints, founders of religious orders, and ordinary men and women to sow the love of Christ in the world.  It’s inconceivable now to think that Pope St. John Paul II might be forgotten by many, in the centuries to come.  It was likely just as inconceivable in the 5th century that Pope St. Leo I (the Great) wouldn’t be a household name as the centuries rolled by.  St. Plegmund, renowned in his day for his holiness, now only makes a list of names that sound strange to modern ears.  Such is the way of things, however, and it’s a good reminder as to how quickly worldly recognition passes.  What truly matters is heaven.

Here are a list of lesser-known saints with feast days in the month of August. 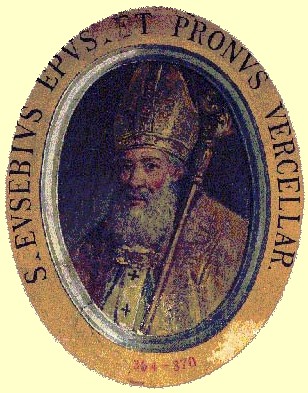 St. Eusebius was born in Sardinia and raised in a Christian family.  His father was martyred as a young man; after which, he and his mother moved to Rome and later moved to the northern Italian city of Vercelli.  In 340, despite other local candidates being considered, such was his holiness that the populace unanimously elected an out-of-towner as their bishop.  He was the first bishop of Vercelli, and that bishopric still exists today.  One of the unique features of his pastoral ministry was the priestly community he founded.  Inspired by St. Athanasius’ Life of St. Anthony, Eusebius lived with his fellow priests and directed the community toward a life of holiness and zeal.

The last twenty years of his life (354-371) and pastoral ministry was primarily spent battling Arianism—the heresy that denied the divinity of Jesus Christ.  Even though the creed had been formulated at the Council of Nicaea (325), Arianism still had a strong hold on many clergy, leaders, and laity.  His efforts had two aims: to present/teach the truth, as well as to try to reconcile the division caused by the Arians.      True healing can only be accomplished with both of those facets!

Today’s Church suffers from division and faces similar struggles as the Church did in Eusebius’ day.  Let us pray for his intercession, that the Church may heal and be united in Christ!

Plegmund lived in England during the 9th – 10th centuries.  He lived as a hermit near Chester; a nearby well still bears his name.  King Alfred heard of his reputation for holiness and learning and summoned him to court.  One thing led to another, and in 890, Plegmund’s quiet life was a thing of the past: he was appointed the Archbishop of Canterbury.  An issue presented itself right away.  Although the island had been evangelized centuries prior, the hierarchical structure on the island had not been updated.  Plegmund pushed for—and received—papal support for the creation of seven new bishops.

Although he isn’t listed as a patron saint of anything, I think he would be an appropriate patron for overworked pastoral ministers.  Before getting the help of additional bishops, Plegmund managed a large diocese.  Not to mention having to travel everywhere on foot or horse!  Present day youth ministers, catechists, and directors of religious education could definitely relate to St. Plegmund’s efforts to keep up with his apostolic work, travel, and spiritual life.

Aidan has been in the top ten baby names list for a number of years now.  Yet in the early Middle Ages in Ireland, Aidan was widely known for his holiness.  St. Bede described him as a “pontiff inspired with a passionate love of virtue, but at the same time full of a surpassing mildness and gentleness.”  Aidan longed for the monastic life but kept getting chosen as a bishop.  He resigned his first episcopal appointment as Bishop of Clogher to retire to the monastery at Iona, but five years later was chosen to be a missionary to stem the comeback of paganism in northeast England.  Aidan critiqued the missionary style of the existing missionary, urging a more friendly and familiar approach.  That, of course, caused him to be appointed to take over the missionary work.  He became the first Bishop of Lindisfarne and saw great success as a missionary.  He partnered with King Oswald and King Oswin to spread the Gospel in their kingdom: to the rich, poor, slaves, children, and anyone he encountered.

Aidan gave generously to the poor (including a horse that was a gift from the king), fasted, and did not exploit his friendship with the king.  He walked everywhere in order to meet people on the road, so that he could talk to them about Christ.  The foundation he began at Lindisfarne became a flourishing monastery, producing saints and a marvelously illuminated manuscript of the four gospels.

St. Aidan could be the patron of reluctant volunteers, or the dangers of speaking up in a meeting.  He’s also a great example for the New Evangelization.  St. Aidan talked to anyone and everyone to spread the love of Christ, meeting them wherever they were at.

Jeanne was born in Brittany, France to a poor family.  As a teenage girl of 16, she got a job in the kitchen of a local Viscountess.  This noble woman visited the sick and the poor that lived in her estate and took Jeanne with her.  The charitable work inspired her to get a job at a hospital, though the work proved too exhausting after six years.

Jeanne continued a life of service, teaching catechism and attending to the poor.  Then in 1839, she focused her care on abandoned, elderly women.  Jeanne brought home a blind widow and gave up her own bed.  Although she didn’t know it at the time, Jeanne was founding the Little Sisters of the Poor.  By her death in 1879, her order had grown to 2,400 Little Sisters in Europe and North America.

This isn’t the typical tale of a foundress of a religious order.  A chaplain appointed by the local archbishop prevented Jeanne’s reelection as superior in 1843; she was tasked with begging for food.  He refused that she be recognized as the foundress of the order.  That changed over time, but imagine the pain for Jeanne!  And what was her response to all of this?  “We are grafted into the cross and we must carry it joyfully unto death.”  The last 27 years of her life were spent in such obscurity within the order that young sisters didn’t know Jeanne was the foundress.

Tarcisius was a young acolyte, and was martyred at 12 years of age during Valerian’s persecution (253 – 259).  Very little is known about him, except his death.  As an acolyte, he was taking Holy Communion to Christians in prison.  He passed some pagan friends along the way; the boys urged him to join in their game.  Tarcisius refused to show them what he was carrying; perhaps the boys overheard a whispered prayer.  Somehow, they concluded that Tarcisius was a Christian and proceeded to beat and stone him.

St. Tarcisius is the patron of acolytes and first communicants.  So deep was his love of the Eucharist that he died protecting it! 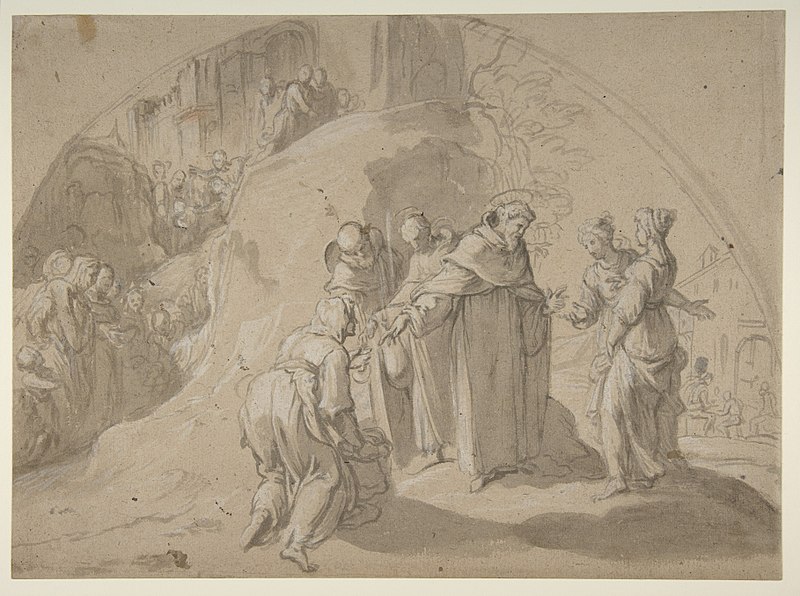 Philip was born to a noble family in Florence, Italy.  As a young man, he studied medicine and philosophy, and received a doctorate in both.  He shifted from treating bodies to souls in 1253, when he joined the Servites.  He was a lay brother until his priestly ordination in 1259.  Like so many saints, his great holiness and humility made him a great candidate for leadership positions in his order, but that was the last thing Philip wanted to do.  He was forced to accept his election as prior general of the Servites in 1267.  During his time, he had to travel to Rome to get the order un-suppressed.  Philip was a dynamic preacher and once won a convert by a punch.  Not with a punch, but by one—Philip was decked by a future Servite and saint, a then anti-Catholic, young Peregrine.  Peregrine struck Philip, who in turn responded with such humility that Peregrine later converted and became a Servite himself.

Perhaps St. Philip could be the patron of overwhelming situations.  St. Philip encountered great difficulties as a preacher and as prior general, when all he wanted was to retire to a hermitage.  Imagine your to do list including, ‘convince multiple popes that the Servite order was worth keeping around.’  Despite his reluctance, he is one of the reasons that the Servites are still around today.

All holy men and women of God, pray for us!