A Profound Respect for Human Life

The entrance to the shrine swallowed me like a sweet chamber of loss, a catacomb enveloping me in its embrace. I stood idly for a mere few seconds, that familiar lump swelling in the back of my throat – an indication of subconscious emotion I’d long repressed, now making its way forward – upward – an honest declaration of guilt.

The names etched on bright hues of blues and greens stared at me, forcing me to acknowledge that they, too, once existed. They’d been loved into being, each on an indelible mark on the history of humanity, yet snuffed out like the votives facing my back.

I rubbed my swelling belly, aware of the life I’d carried inside for four months. Somehow, I believed his name might end up on this wall. After all, I deserved his death. He never existed to me before that fated pregnancy test, and I’d put a period on my fertility where God left an ellipsis, trailing into an oblivion I never knew I’d have to face.

The baby I didn’t want, didn’t will into being after thousands of tears and years of painful bipolar months – up and down, hope and disappointment – would surely be snatched from me as if to hiss, “See? You don’t deserve him. He will forever know you didn’t love him.” Somewhere, I’d believed, accepted even, that miscarriage was inevitable, even merciful in that sad, destined sort of way.

How could I be blessed with another healthy boy when I’d unintentionally cursed myself for giving God the reigns with my fertility one more time? If he is born with ten fingers and ten toes, a rosy complexion, and chubby legs, will I lie with him asleep in my arms, riddled with a new sense of inadequacy? I don’t deserve him was the only thought, rooted in shame, that haunted me every day.

Still, in the flutter of a moment, as my eyes scanned names of the innocents the world will never be privileged to know, I had the urge to will him to live. I think I always knew I could never truly wish a person to die, could never be responsible for the life-breath of anyone or anything living, to extinguish what thrives simply because I was afraid and desperate.

But the will to live ignited a terrifying and powerful hope, replacing – or perhaps befriending – the fear I’d carried in my womb alongside this growing life within me. 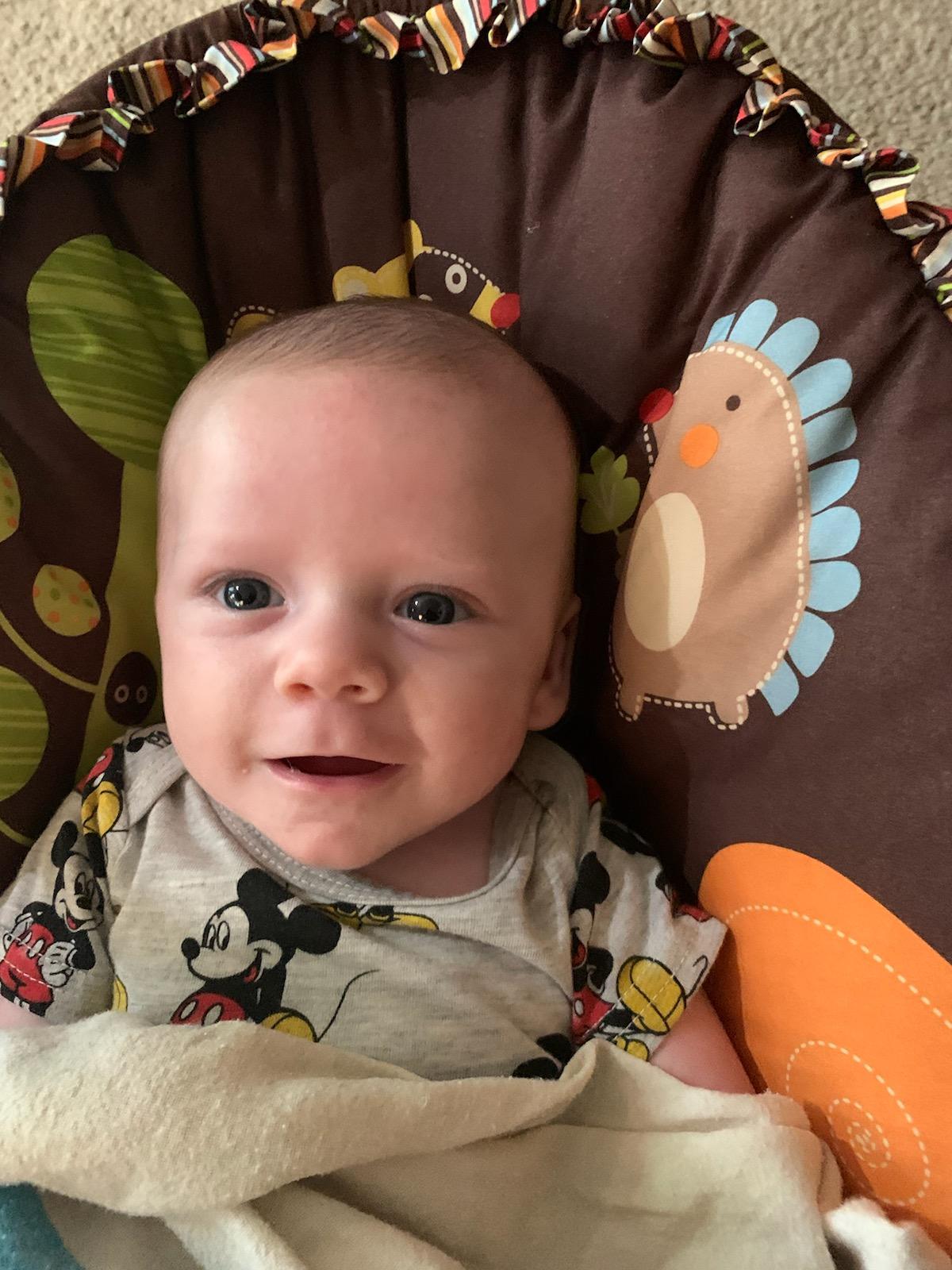 Two days after Christmas in 2019, I met a friend for a brief lunch. Our entire family had been struggling with various stages of some illness, so I wasn’t myself. My preference, typical during that time, was to bury myself under my bedsheets, read a book, and take a long nap. Still, I anticipated this meeting with my friend whom I knew had been suffering terribly with ongoing grief following the suicide of her beloved cousin.

I carried my food to one of the few vacant tables in the bistro, surprised at all the post-holiday patrons who filled the restaurant to near capacity. Though individual conversations were indecipherable, the buzz of chatter sounded lively and amusing as background noise.

Ten, or maybe fifteen, minutes had passed as I sipped my steaming hot vegetable soup and waited for my friend to arrive. The table directly in front of me seemed to come alive as I caught the words Planned Parenthood. When I first glanced at this family, I assumed it was a granddaughter and grandson with their grandparents sharing late morning coffee. Indeed, I’m sure it was.

But our initial reactions and assumptions about others can often be gravely mistaken, for I never would have guessed their hot opinions shared so blatantly.

“Planned Parenthood does so much good,” offered the young woman, and my ears perked up with piqued interest. The grandmother nodded in agreement and continued to listen. “I’m sorry, but aren’t their graver sins than abortion?” the young woman rhetorically asked.

The two men remained silent, but I noticed they did not signal any nonverbal agreement. So the woman continued, “Abortion is a woman’s right. She can do with her body as she pleases. Besides, studies show that the fetus isn’t even…”

My friend sat down in front of me that instant, and I didn’t hear the completion of the woman’s thought, though I deduced what she meant. Oddly, had she noticed, I sat a mere ten feet at most from her, clearly pregnant at eight months gestation. My baby had been stirring as she spoke – he inside a woman’s body, a woman who chose to nourish and support his life despite the interruption of hers and she a woman who advocated for my right to terminate his life.

Seething with anger, I was tempted to interrupt their stale argument in favor of abortion with my own story. I wanted to say, “My baby is lucky I don’t believe as you do.” The two women fiercely defended the “right to choose,” yet it was evident that they’d never personally been conflicted with an “unwanted” or “unplanned” pregnancy. The way they bantered was too left-brained, too bereft of emotional pain or significance. Their passion stemmed from personal opinions, not personal experience.

I wondered if they truly understood the mental and emotional turmoil of discovering a shock pregnancy during a highly stressful or inconvenient season of their lives. I had. I’d spend the first three months sobbing daily and in silent shame. Joseph was only six months old when I found out I was pregnant – again. Because of this, I didn’t publicly discuss my pregnancy, because I couldn’t handle the “tsk tsks” or critical comments of “responsible” parenting.

But to take a life, that is an altogether different matter aside from my feelings and my interior battle. I don’t have the will to be responsible for a human being’s death, regardless of what it would do to me. So I continued to carry a child, at the time faceless, who would be born, God willing, and would have his own free will to choose life or death. 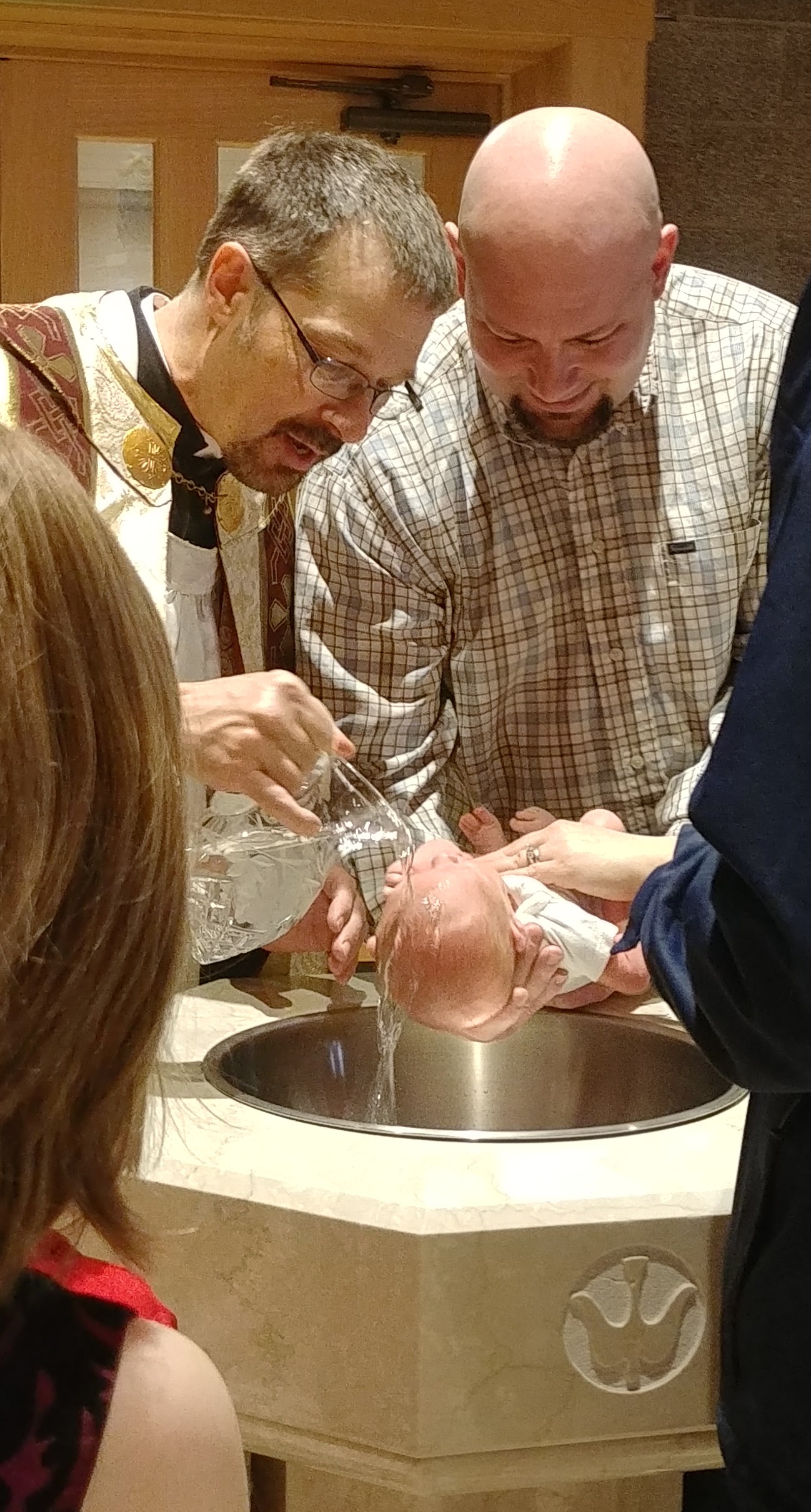 There were only two thoughts that calmed my fears when I was pregnant with Auggie last year: adoption and hysterectomy. I hated admitting it to myself, but I was waging the most intense internal battle I've ever faced. I fought for him and for myself.

I packed up my maternity clothes for good when Auggie was only six months old. As I folded a red shirt, I remembered purchasing it shortly after I discovered I was pregnant with Felicity. Ten years ago. Ten long years of infertility, HCG shots and progesterone, and waiting month by month.

Ten years of hormonal fluctuations, of unexpected pregnancies, of postpartum depression, of a body changing in ways I didn't recognize or like.

After Auggie was born, I suffered from severe, chronic pelvic pain that was not ameliorated by hormone treatments or physical therapy. I could barely function. In the fall of 2020, I underwent a robotic-assisted laparoscopic hysterectomy. The part of my body that was always with me, the part of my life that's carried new little lives, is forever gone. It has been a long road of transition from physical childbearing to spiritual birthing and nurturing.

Waiting on the edge of hope and fear is a tense place to linger. I marvel at Auggie. He was born at the apex of the COVID-19 pandemic, when our nation was on lockdown and under stay-at-home directives. He nestled under my left arm as I’d mindlessly stare out our back door at all hours of the night. When I glanced at him, my heart would leap and I remembered the words from the Book of Esther: “For such a time as this…”

Approaching a medically necessary hysterectomy felt bittersweet. I was relieved, yet grieved. The storm clouds I never thought would lift those excruciating nine months of pregnancy had, in fact, lifted and revealed a small ray of sunshine.

I could breathe again. God’s grace had carried both Auggie and me to where we were in that moment – mother and son, resting together. I couldn’t fathom a moment like that before his birth, but I kept thinking, “One day I will see the color of his eyes. I wonder what his laugh will sound like. What will he grow up to become?”

Several years ago, I walked past a corkboard in a small cafeteria at a national Catholic shrine. A battered slip of coffee-stained paper quoted Pope Emeritus Benedict XVI: “Each of us is the result of a thought of God. Each of us is willed. Each of us is loved. Each of us is necessary.” A smile of guilt, regret, and tremendous hope formed on my face as I nodded my head heavenward. Auggie was always a thought of God, even when I never imagined having more children. And here he was, precious and necessary – just as every person is. 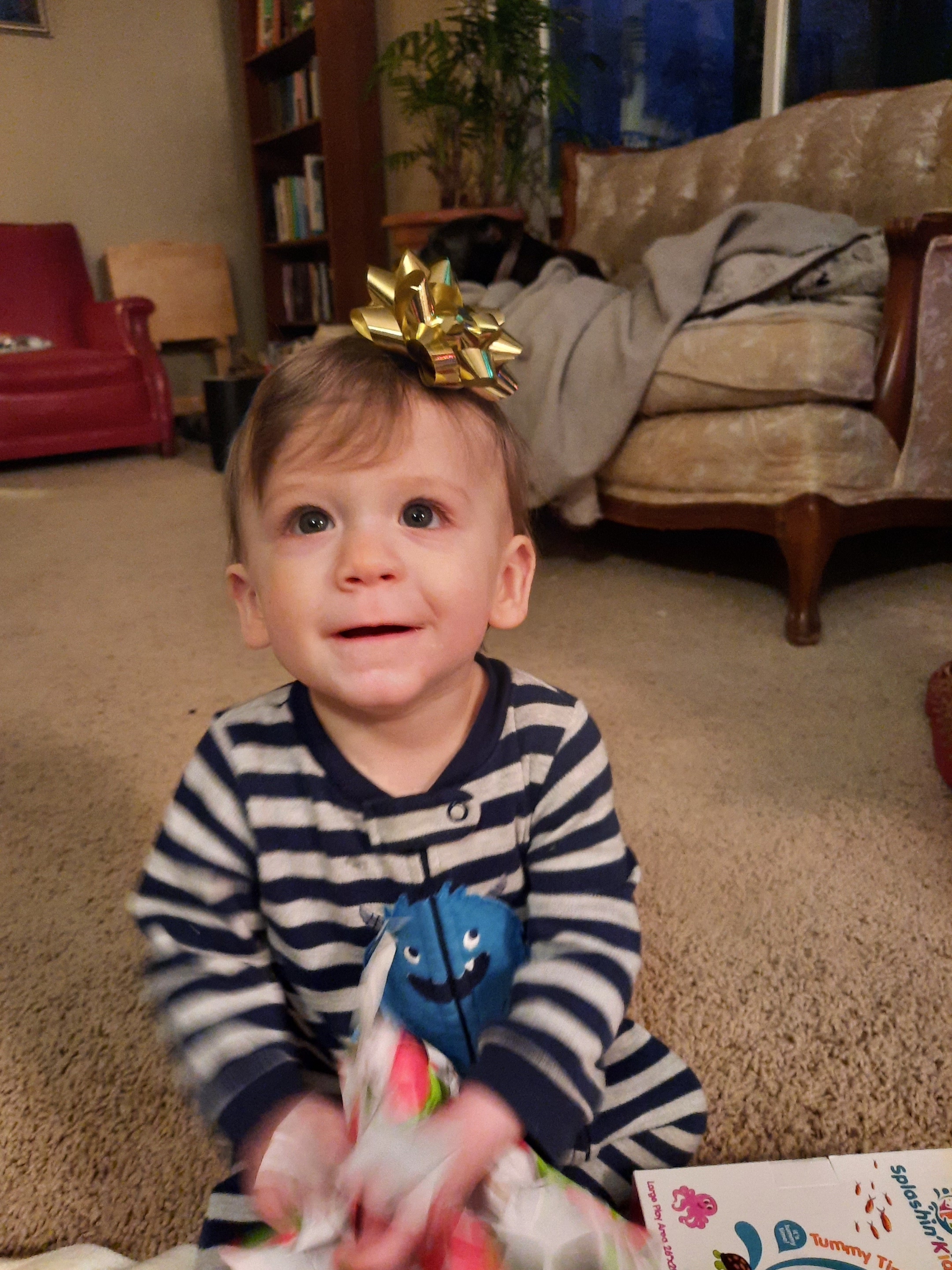