Here is the Incredible History of the Nativity Scene

For hundreds of years around Christmastime, the Nativity scene has graced homes, churches and other sites throughout the world.  Although it is now a familiar sight, and one that is already beloved by many, the sight of a Nativity scene can constantly give us new opportunities throughout Advent and the Christmas season to reflect on the deeper truths and mysteries contained in the simple scene.

Christmas in the year 2018 is, in some ways, far different than the Christmases of long ago.  As Catholics, it can be difficult to remove ourselves from the onslaught of materialism, excess and consumerism that tends to surround the Christmas season in the present day.  The season can so easily become filled with the busy hum of gatherings, meals and gifts.

Yet to Catholics, our Christmas season is one that, at its center, is a steady stream of peaceful quietude.  The reality of Jesus’ birth into the world is of such great importance to us that it seems that a hush should draw over the earth when we consider the impact of God becoming man.  Seeing a Nativity scene gives us the opportunity to allow that silence to draw over our hearts, even for a moment, and meditate on the beauty of the Nativity and the Incarnation. 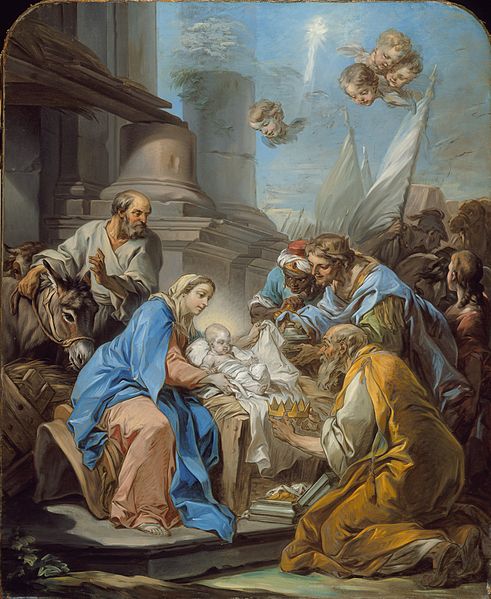 Contemplation, however, is not necessarily done somberly.  Although there certainly is a time and a place for the quietest of contemplative hours, it is important for us to remember that the time surrounding the Nativity should be one of deep and resounding joy.  The joy that is able to be experienced at Christmas as we consider the birth of Jesus and the reality of the Incarnation is only surpassed by the joy we can have in the Resurrection.

If we think that we are alone in thinking that this joy is all too often camouflaged by the secular aspects of the season, we are wrong!  St. Francis of Assisi seemed to be thinking similar thoughts nearly eight hundred years ago, and it is to his credit that we possess the concept of the Nativity scene today.

History of the Nativity Scene

In the year 1223, St. Francis was preparing to say Midnight Mass in the small town of Grecio in central Italy.  According to writings about him at the time, it seemed that Francis was becoming distraught with the cavalier attitude that many possessed towards Christmas and the increased focus on gift-giving and material goods.  Many people seemed to consider it an occasion for celebration without pausing to recognize the import of the event which they were commemorating, and Francis found this regrettable.

He decided that he would, to the best of his ability, create an opportunity for the general public to see the events of the Nativity as though they were present in Bethlehem, and perhaps in doing so better preach the magnificence of Jesus coming to earth as a child.  He thought a simple recreation would be best.  Francis obtained a blessing to do this from Pope Honorius III.

Francis worked to recreate the scene as he thought it must have appeared in Bethlehem on the night that the Savior was born.  He was committed to doing so with the utmost respect and worked hard to ensure that he would not be accused of levity or frivolity in his creation of the first Nativity scene. 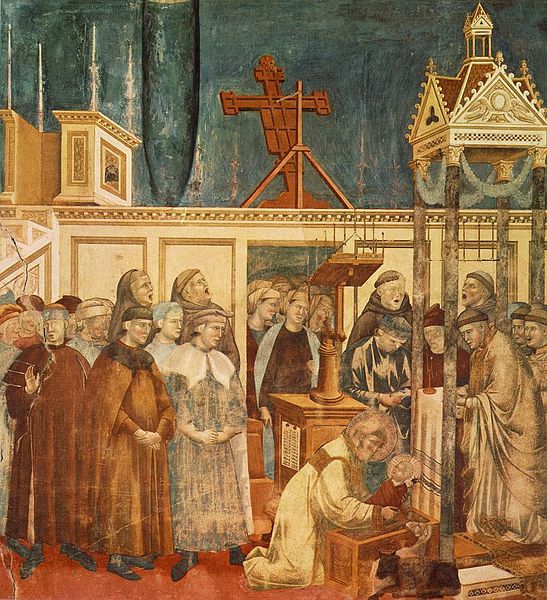 St. Bonaventure, who was born several years before Francis’ death, wrote of these events later on, and told of how Francis built the scene by placing a wooden manger in a niche in the rocks of Grecio, and soon brought to the manger the hay on which Jesus might have rested his head and the ox and the ass who might have kept Him company.  It is not clear if townspeople played the roles of Mary, Joseph, shepherds, and wise men or if the scene was kept as simple as this.

Francis revealed in the simplicity of his new Nativity scene and himself found it profoundly impactful.  As the people of Grecio began to celebrate the Mass and sing hymns and psalms of praise, Francis was so deeply moved that he wept as he preached about the birth of Jesus in Bethlehem.

It seems that he was not alone in finding the Nativity scene so wondrous, for by the end of the following century, the concept had grown in popularity to such an extent that all Catholic churches in Italy were eventually expected to have a Nativity scene at Christmastime.

The Nativity Scene Over the Years and Today 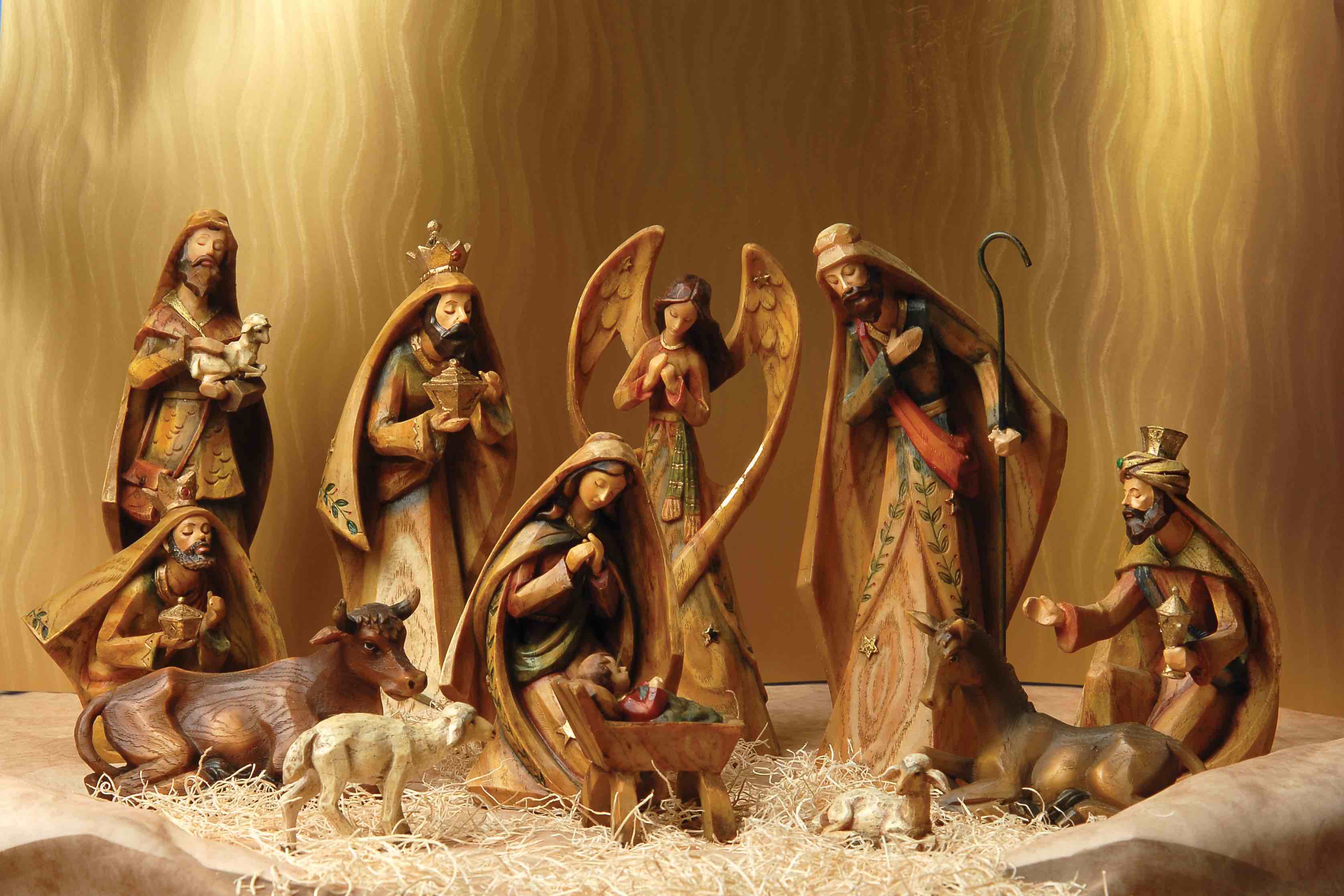 These sets of figurines ranged from very simple to very elaborate (even collected by kings in some cases), and contained depictions of a wide variety of villagers and other characters in addition to the central figures of Jesus, Mary, and Joseph.  The sight of the Nativity scene became common even outside the church, as many people began adding them to their homes or gardens around Christmastime.

The Nativity scene, although primarily an aid in our recollection of the events of Jesus’ birth, has become a piece of history as well and is honored because of it. 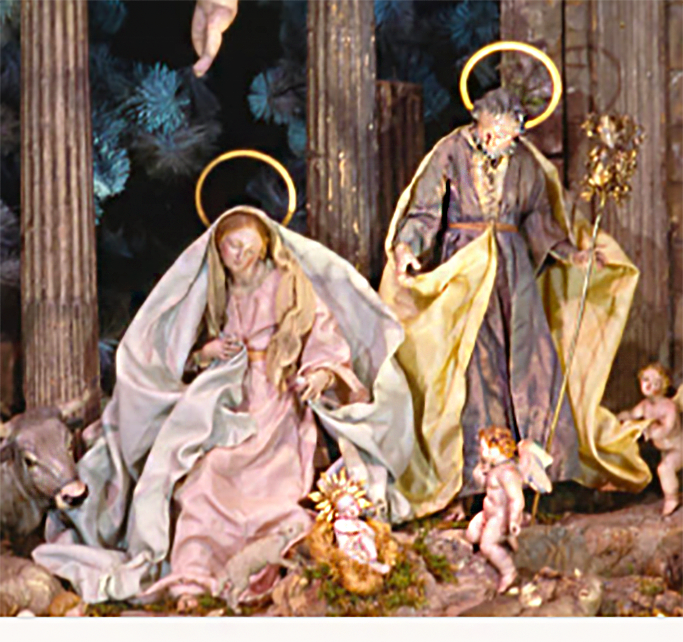 One of the most well-known and prominent iterations of the Nativity scene is owned by the Metropolitan Museum of Art in New York City.  This beautiful set, much of which is attributed to the 18th-century artist Salvatore di Franco, is an example of a Neapolitan creche (or presepio), which features a wide array of villagers, animals, shepherds and craftsmen in addition to the central figures.  The 140-piece presepio that is brought out by the museum every Christmas reaches thousands upon thousands of visitors, bringing the truth of the life of Christ to the secular world in a beautiful and approachable way.

The Role of Art in the Christian Life 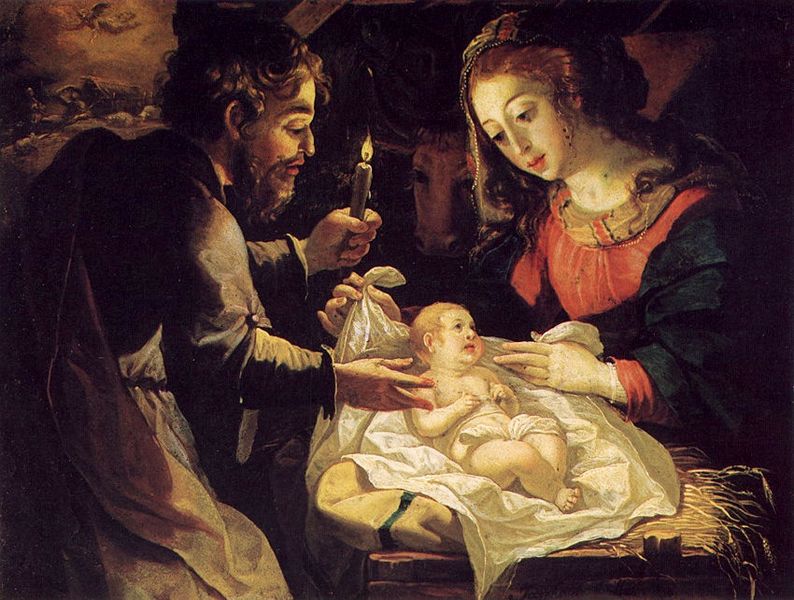 Thinking about this particular Nativity scene allows us to ruminate on the role of art in the Christian life.  There is a reason that the most well-known and well-loved Catholic churches are beautiful in terms of their art and architecture.  Although it is certainly not necessary to be surrounded by physical beauty in order to bring our minds and hearts before God, we often feel more able to pray well when we are surrounded by sights and sounds that appeal to our human nature.

Art is one of the most impactful and major ways in which we see the presence of God in our human endeavors.  Sacred art especially is “an instrument of evangelization and catechesis” according to Pope Benedict XVI in his letter Via Pulchritudinis, or The Way of Beauty. 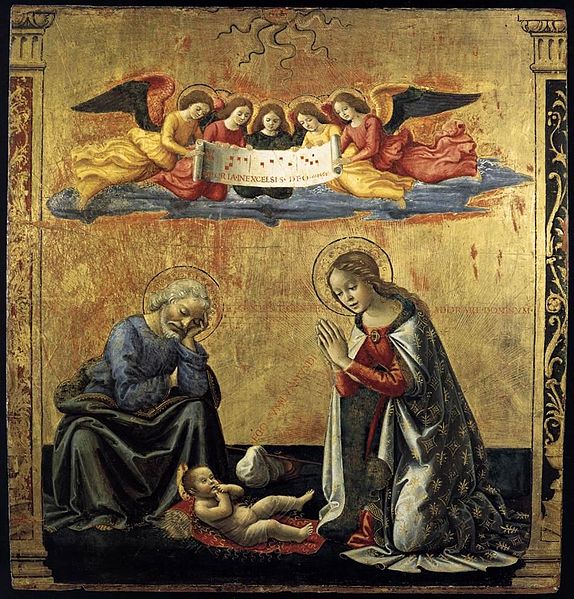 Pope Benedict writes: “The communicating capacity of sacred art renders it able to break down barriers, filter prejudices and reach the heart of people from different cultures and religions and let them perceive the universality of the message of Christ and His Gospel.”

This quotation explains beautifully the importance of the Nativity scene in the present day.  Not only can it reach those who are well-versed in theology or already deeply holy themselves, it can also make known the salvific truths of our faith to those who may not yet be familiar with Catholicism.

We can see that the Nativity scene is much more than simply another Christmas decoration.  It is an image of God who is Himself an image of Love. As we make our way through this Christmas season, let us take the sight of a Nativity scene as an opportunity for us to remember the mystery of the Incarnation and the love which God has for us.