During the month of October, we commemorate the feast of one of the greatest saints of our time: Pope St. John Paul II.  It may be said that John Paul II changed the face of modern-day Catholicism while still devotedly upholding the permanent and unchanging truths of the Church.  Among many other things, he was known throughout the world for his youthful zeal, his commitment to clarifying particular Catholic teachings about the everyday issues laypeople encounter, and his focus on evangelizing throughout the world.

John Paul II was born in Poland on May 18, 1920, and was baptized Karol Józef Wojtyła.  His parents were Karol Wojtyła and Emilia Kaczorowska.  The Wojtyła family sadly faced numerous familial tragedies throughout the years: their daughter Olga had died prior to Karol’s birth, their son Edmund died from scarlet fever that he encountered in his work as a physician, and Emilia herself passed away from a heart attack and kidney failure in 1929. These early losses affected the young Wojtyła deeply.  He had been close with Edmund and Emilia and found their passing from this world to be grievous losses. It would seem that these tragedies, endured by a very young Wojtyła, planted a seed of the resilience and strength for which Pope St. John Paul II would later be known.

As a boy, Wojtyła’s skills were diverse and notable. He was a gifted athlete, student and playwright, and during his time studying at the Jagiellonian University, Wojtyła learned as many as 12 languages.  He began to contemplate the priesthood in 1941 following the death of his father from a heart attack. In later writing, he noted the immense sorrow of the numerous deaths in his family, saying that at twenty, he had already lost all of the people whom he loved.

The Next Years: Seminary, Priesthood and Eventual Papacy

The next years were fraught with experiences that tested Wojtyła’s faith and strength.  Due to the war, Polish seminarians studied at an underground seminary run by the bishop of Poland.  As if this were not challenging enough, Wojtyła also survived being hit by a German truck, fled the recruitment of the Gestapo by hiding in his uncle’s basement, and saved the life of a young girl who had escaped from a concentration camp in Częstochowa. 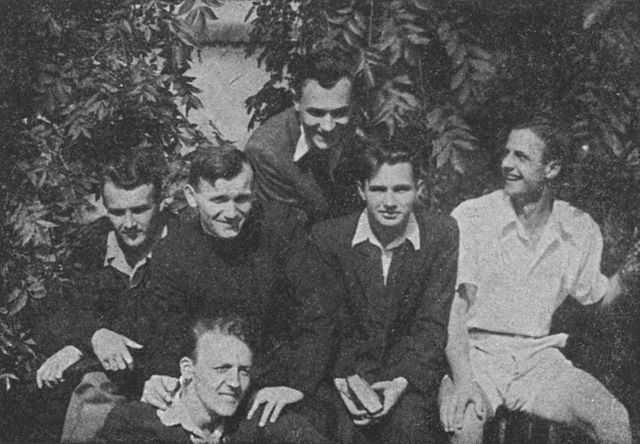 Wojtyła became a priest in 1946, a bishop in 1958, archbishop in 1964 and cardinal in 1967.  Throughout these years, his attention to young people became apparent. While a priest teaching at the Catholic University of Lublin, he led a group of students in prayer, philosophical discussions and ministry to those who were ill or otherwise in need.  Later on, he would join students in hiking, skiing, camping, kayaking and other activities. Despite the Stalin-era Polish rules that forbade priests to travel with students, Wojtyła continued to offer Mass, lead theological discussions and hear confessions on such trips, asking students to call him “Wujek” (Polish for “uncle”) to prevent him from being discovered as a priest.  The Polish people fondly called him Wujek for years afterward.

In the 1960s, Wojtyła continued to make strides in taking the permanent truths of the Catholic Church and applying them to modern issues.  He took part in the Second Vatican Council, contributing to such documents as the Decree on Religious Freedom (Dignitatis humanae) and the Pastoral Constitution on the Church in the Modern World (Gaudium et spes).  He also formulated the encyclical Humanae vitae, a seminal document in the modern understanding of the Church’s position on issues such as human sexuality, abortion and contraception.

Wojtyła was elected to the papacy in 1978, and chose a simple and humble Papal inauguration.  Throughout the years of his papacy, Pope John Paul II worked to share the truth of the Gospel in all matters.  He maintained a conservative social and political stance, and spread the teachings of the Church on difficult but ever-present issues such as human rights, sexuality, economic injustice, racism and war.  He was a strong part of the defeat of the Soviet Union and other dictatorships, condemning their inherent injustices as he must have certainly recalled his young life under a tyrannical regime in war-torn Poland. He also went on to visit 129 countries during his papacy and was beloved by an immense number of Catholics and non-Catholics alike.  Famously, he survived an assassination attempt that critically wounded him, yet he forgave his attacker after his recovery.

Pope John Paul II died in April 2005.  Crowds at his funeral chanted the words “Santo subito!” pleading with the Vatican to canonize him as a saint immediately.  He was canonized a mere nine years later in April 2014 by Pope Francis. Approximately half a million people attended his canonization, with several hundred thousand others watching from afar.

At the time of his beatification, banners hung between the pillars of St. Peter’s Square.  They read something that Pope St. John Paul II had often said: spalancate le porte a Cristo, or “open wide the doors to Christ.” This quotation, along with his famous exhortation to “be not afraid,” sums up both his papacy and his life.  Throughout his extensive travels and encounters with millions, especially young people, John Paul II worked constantly to integrate the truths of the Church with all aspects of life, whether by discussion or hiking.  Through his efforts, he became an exuberant and dynamic presence whose zeal could not be denied. It is no wonder that he touched the lives of so many young people. Although the Church in itself was the same as it was when governed by previous popes, John Paul II brought a kind of courage, vibrancy and resilience that had not been seen in many years.

In his life, John Paul II exemplified the joy and strength that can be found in a life in Christ. Even in his late years, when his body began to fail him and he could no longer live with the activity and vigor he had loved, he showed a truly Christlike kind of suffering.  Throughout his papacy, John Paul II had worked to maintain the dignity of the human person in all its forms and all its phases. His suffering at the end of his life exemplified the fact that he truly believed this, and that he knew life was just as worth living in spite of the failures of his body.

John Paul II, by example, challenged young people to hold fast to the truths of the Catholic faith but still fearlessly go forth into the world to evangelize and to live good lives.  His faith was not one that was cloistered or hidden, but rather poured forth from everything he did, even in everyday activities and recreation. His life is reminiscent of the quotation from the poet Gerard Manley Hopkins: “[God] is so great that all things give him glory if you mean they should.”

One of the ways in which John Paul II especially addressed young people was through World Youth Day, which he initiated and presided over for a number of years.  This event has drawn millions and millions of people over time, and its mission is to unify the global Church and draw young people towards their lives in Christ.  In his one of his addresses to the attendees, he exhorted the young people to look towards the future with faith, saying: “The future is in your hearts and in your hands. God is entrusting to you the task, at once difficult and uplifting, of working with him in the building of the civilization of love.”