Saints Who Were Siblings

Family is one of the greatest gifts from the Lord. We are sanctified by our families as they are our first evangelists. Families are a reflection of the Holy Trinity itself. They are love made real and the ultimate goal is to help lead them to heaven.

Let us turn to these sibling saints and learn about how their relationships and shared childhoods led them to ultimately be recognized by the church as men and women of heroic virtue. 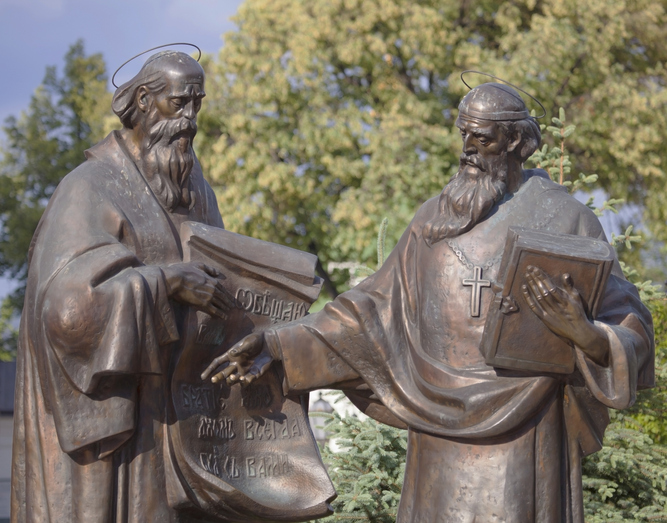 Cyril and Methodius were brothers and were born sometime between 815-828 (Methodius first, Cyril later) in the Greek city of Thessalonica. Cyril became a scholar and philosopher, and Methodius a civil official who later tired of worldly affairs and sought monastic life. They are credited with translating almost all of the Bible and the works of the Fathers of the Church into Slavonic and are regarded as founders of the Slavonic Christian culture.

They gained permission from the Pope for the liturgy to be held in Slavonic. Cyril died shortly the translation project was completed in the year 869.

Methodius, though grief-stricken, went to missionary work at his late brother’s behest. Eventually, he became bishop of Sirmium, near Belgrade, Serbia. He received a lot of criticism over celebrating the liturgy in Slavonic, but he persisted, and ultimately his efforts along with his brother, Cyril, succeeded and laid the foundation for Christianity in that region. 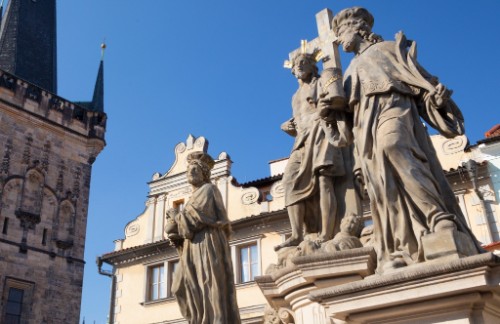 Twins Cosmos and Damien were physicians and martyrs in Syria. The brothers were inseparable, practicing medicine among the poor without pay. They were arrested for their faith and tortured brutally with the hopes that they would renounce their faith. But they did not waver, enduring being hung on a cross, stoned and shot by arrows and finally suffered execution by beheading. 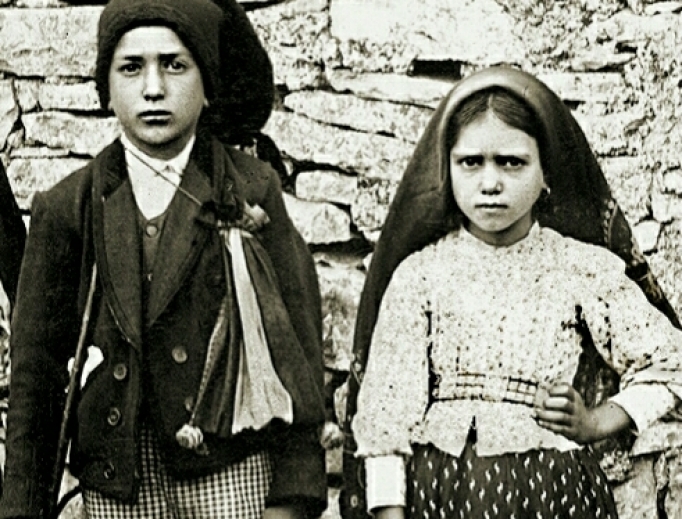 Francisco and Jacinta were siblings born in Fatima, Portugal. They were born into a poor, peasant family and were illiterate, but very devout. According to their cousin, Lucia, Francisco was a reserved, contemplative boy who loved music and musing his inner thoughts. Jacinta was a lively little girl who loved to dance and sing.

In 1917, with Lucia, Francisco and Jacinta witnessed the apparitions of Our Lady at Fatima. Not only did they witness terrible persecution from local clergy and politicians over the apparitions authenticity, but they also witness truly terrifying visions of Hell that prompted them to practice brutal self-mortification for the souls in purgatory. They were also told by Our Lady that only Lucia would live to an old age.

This prophecy came to pass a few years later when both of them succumbed to influenza and died within ten months of each other. They were canonized in 2017 by Pope Francis, making Jacinta the youngest non-martyred child ever to be canonized. 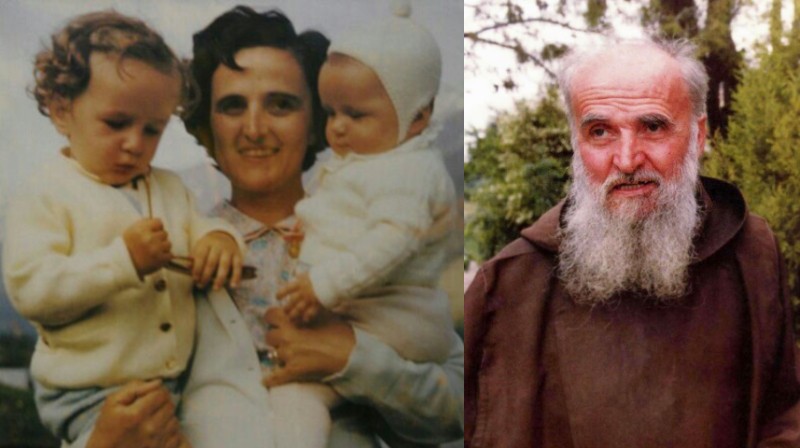 St. Gianna was the tenth of thirteen children, born in Magenta Italy. Her parents were members of the third order of St. Francis and raised their children to know, love and serve God and care for others as Christ.

She received her medical diploma and began working as a doctor, specializing in pediatrics. Five years later, she met and married Pietro Molla and they had three children, Pierluigi, Mariolina, and Laura. While she was pregnant with her fourth child, she developed a fibroma on her uterus. The doctors gave her two options, a complete hysterectomy, which would ultimately kill her child or the removal of the fibroma alone, which would not guarantee her health and safety. She opted to spare the life of her unborn daughter, declaring her daughter’s life more important than her own.

She continued the pregnancy and delivered a healthy, beautiful baby. However, Gianna died of septic peritonitis one week after giving birth. She was canonized a saint in 2004 by Pope John Paul II. Her husband and children were present at the canonization.

Enrico was a quiet boy who, like his younger sister, earned a doctorate in medicine. After realizing this wasn’t what God wanted for him, he left the medical field and joined the Capuchin Franciscan friars. He had an incredible heart for the poor and was sent to Brazil to minister to the people there, earning the name “Padre Pio of Brazil.”

There, he helped build a hospital and ministered both spiritually and physically to the sick for over 33 years. In 1981, he had a massive stroke which forced him to return to Italy. He offered his sufferings following this debilitating condition for those suffering. Enrico died in 2001 of natural causes. His cause for canonization opened in 2008.

Sts. Medard and Gillard were twin brothers born in France. Very little is known about their early lives until they were consecrated bishops on the same day at 33 years old--Saint Medard as Bishop of Noyon and Saint Gildard as Bishop of Rouen.

They both died on the same day after heroic lives of mission and preaching.

Sts. Mark and Marcellian were twins who were born in Rome and became deacons in the early Church. After they refused to sacrifice to the Romans Gods, they were arrested. They despaired in their captivity until their friend St. Sebastian visited and provided encouragement. This act of heroism on St. Sebastian’s part led to the conversion of their parents, who had previously prodded Mark and Marcellinan to abandon the Christian faith.

They were eventually martyred and laid to rest in the catacombs, near a painting depicting the brothers and one of the earliest known images of the Blessed Mother.

Children of Sts. Gregory the Elder and his wife Nonna, Gorgonia, Gregory, and Caesaruius were devoted followers of Christ, proving that no matter your vocation, as long as you do it well, you can achieve sanctity.

Gorgonia was a housewife and mother. She bore many children and her brother, St. Gregory the Younger, called her "The Paragon of Women" and "The Diamond of Her Sex” at her funeral liturgy. She was well known for her sanctity and total trust in God and his healing promises.

Caesairus was a prominent physician and politician. He was known for being the most lively and outgoing of his siblings, but leaned on his older brother for support and advice, recognizing his greater spiritual maturity and insight.

Gregory the Younger was the oldest and a priest. He eventually became the Patriarch of Constantinople and after his death, Doctor of the Church.  He wrote about his childhood, the faith of his mother and father, and how they shaped him and his siblings into the faithful adults they grew up to be.

If you are interested in learning about other sibling saints, check out this previous Cora Evans blog about saints who were family including Sts. Peter and Andrew, Sts. James and John, Sts. Benedict and Scholastica, and more!