The Oldest Catholic Churches in America

Our country has valued religion from its inception. A look back into history shows a rich Catholic contribution to our country’s values. While the Catholic Church in the United States has been zealous in Her missionary efforts, as our history shows, many of our beautiful churches have been destroyed. The countdown below shows the five oldest Catholic Churches in America (Continental United States) that have stood strong amidst the destructive forces of war, natural disaster, and persecution. 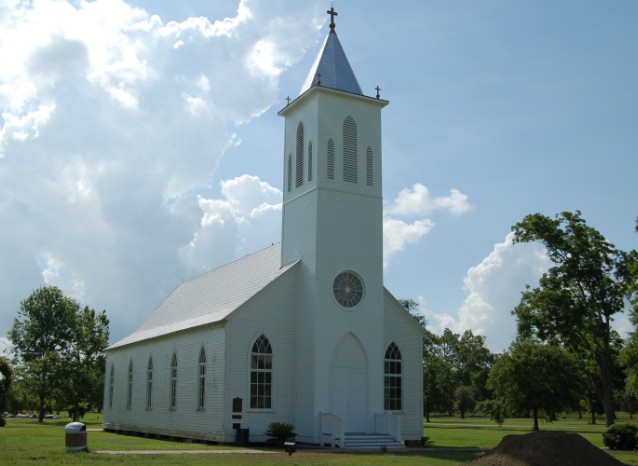 “A Witness to French Acadian Faith”

Tradition dates St. Gabriel’s initial formation as a parish in 1761 with the actual church building being built in 1776. The Acadian exiles, French Catholics exiled from parts of Canada, constructed the church out of cypress from surrounding swamps. The parish was served by both the Spanish and the French. The original location of the church was too close to the Mississippi River so the entire church was moved to its current location. The cypress timbers making up the structure of the church were in perfect condition as were the bell and tower, so the original structure still stands today. St. Gabriel Catholic Church has since built a new church on the same property but the new building overlooks this beautiful historic landmark.

Saint Junipero Serra and the Franciscans were chosen as the zealous missionaries to evangelize to the Indians in what is now San Diego. In 1769, at 56 years old, Father Junipero Serra established Mission San Diego. The original location remained for only five years because the water supply was not reliable to sustain the missions crops. The mission was moved six miles east. In 1775, after dissatisfaction with the Spanish authorities, a riot occurred and the mission was burned down and three people killed. One of the three was the first Pastor, Father Luis Jayme. He is California’s first Catholic Martyr and is buried next to the altar in the today’s mission church. Father Junipero Serra returned to San Diego in 1776 and oversaw the rebuilding of the mission. The Franciscans redesigned the mission grounds to be in a quadrangle. It has defensive structures surrounding to prevent additional attacks. Extensive restoration has brought Mission San Diego to what its original structure would have looked like. The grounds are a peaceful oasis amidst a bustling city. 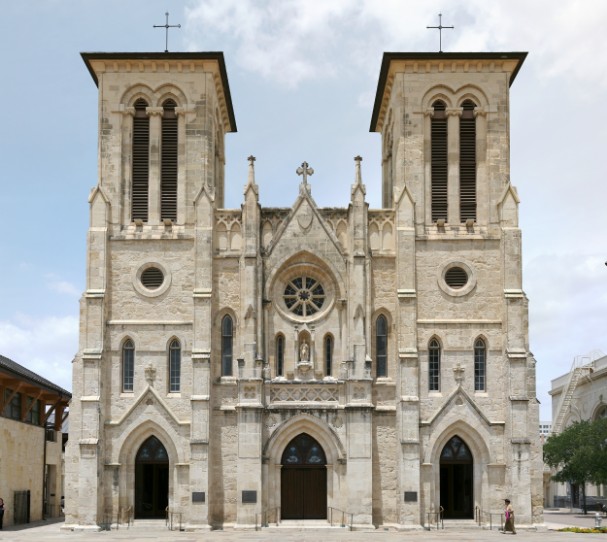 “The Heart of San Antonio”

San Fernando Cathedral was built in 1738 and is the oldest standing church in the state of Texas. King Phillip V of Spain invited fifteen families from the Canary Islands to found the church. It was originally named Church of Nuestra Señora de la Candelaria y Guadalupe but upon completed construction it was formally named after the 13th-century Spanish king, Saint Ferdinand. The beautiful gothic structure seen today is the result of a 1868 renovation that dramatically changed the architecture of the original building. The original walls of the Cathedral form the current sanctuary. The church reaches many people throughout the year and is still very much the heart of San Antonio. Over 5,000 people participate in weekly Mass and each year there are more than 900 Baptisms, 100 weddings, and 100 funerals. 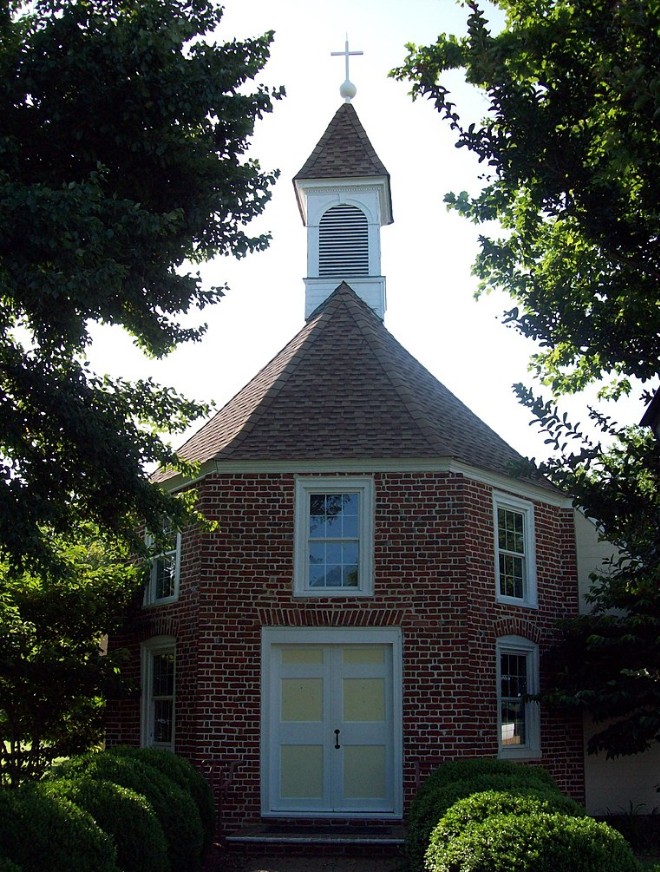 In 1640, the Jesuits were invited to began missionary activity in Newtowne, Maryland. They began their apostolate and developed a self-sustaining mission after the conversion of the Piscataway Indian King. The original church, erected in 1662, was located where the St. Xavier Catholic Cemetery is today. During the late 1600’s and early 1700’s Catholics were persecuted severely and the Jesuits, and all Catholic missionary efforts, were driven underground. In 1731, even amidst this intolerant time, the Jesuits built a new chapel but designed the exterior of the building to give no indication that it was for religious intent. This is the church that is seen today. In 1967, the Jesuits withdrew from apostolic work in Newtowne and St. Francis Xavier Church was given to the Archdiocese of Washington. Inside the church there is a 18th century reredos with a large image of St. Francis Xavier, the churches patron. 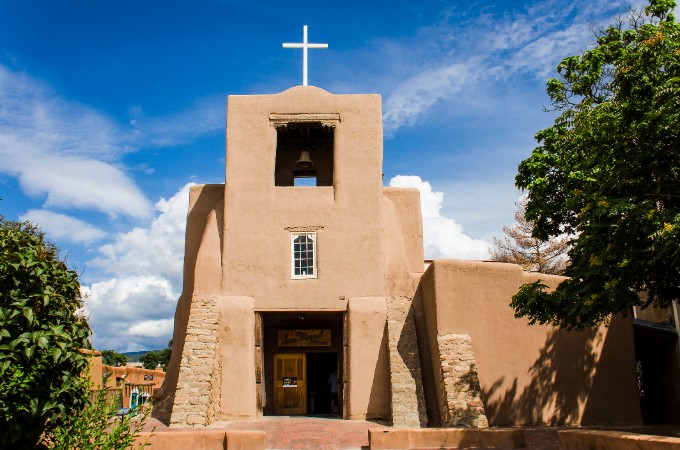 “The Oldest Church in the United States”

This beautiful mission is the oldest Church in the United States. It was built in 1610 by the Tlaxcalan Indians under the guidance of the Franciscans. The mission was partially destroyed in the mid-1640s and again in 1872 but has always been restored. The current building was erected in 1710 and has undergone many structural changes to ensure its legacy. The latest restoration has brought the chapel back to its original architecture and now the entire chapel is made completely from adobe. The interior of the chapel exemplifies the Franciscan mission design. Massive wooden beams line the ceiling to uphold the church structure itself. Above the altar is a beautiful reredos adorned with a statue of Saint Michael and paintings of St. Teresa of Avila, St. Gertrude, St. Francis of Assisi, and St. Louis IX. It is still an active Mission with two Sunday Masses in the extraordinary and ordinary form.