What Should You Really Know About Sundays in Lent?

There is some debate among Catholics of the Roman Rite, at least, regarding whether or not we should carry out our Lenten penance on the Sundays of Lent. Partisans coming down on either side of the question seem to have strong arguments; but the matter seems to cause a lot of distress, much like Dr. Seuss’s controversy as to which Sneetches were better: the star-bellied or those who had no stars. Perhaps a review of the ancient tradition of the Church, both East and West, will reveal a resolution, or at least raise some questions that will lead the reader to a more generous response to Our Lord’s continual call to conversion.

The Great Fast in History

The embrace of fasting as a means of conversion and for penance dates back to Moses and the great prophets after him. Our Lord gave us the prime example, of course, in His fast in the desert, the fast after which the Great Fast of Lent is modeled. The notion of a 40 day period of preparation for Easter is seen in most of the Church Fathers, and the Council of Nicea (325 AD) references the discipline. But Catholics of the Roman Rite born since the 1960s have not really maintained a Great Fast at all. We tend to observe, perhaps, a great penance, but real denial of the essential good of food seems to be (for most of us) a relic of harsher days when things were (seemingly) done simply because they were hard.

Under the 1917 Code of Canon Law, canon 1252 treated the matter and was fairly clear: The faithful were obliged to fast each of the 40 ferial days of Lent with the same fast that is presently observed only on Ash Wednesday and Good Friday. Partial abstinence was also observed on the ferial days of Lent. Note, that Sundays and solemnities were not days of fasting, either in the East or the West. It’s important to realize that the discipline of the Church never required us to fast on Sundays. To be clear, we must understand that it was the norm for Catholics to eat only one meal each ferial day of Lent, and this was the norm for centuries. Moreover, it was the norm for Catholics to not observe a fast on Sunday or solemnities, such as the Annunciation on March 25, and the Feast of St. Joseph, March 19.

In the 20 Century, we find a number of relaxations of the disciplines of the Church around abstinence, first, and later, fasting. In 1931, for instance, Pope Pius XII, of happy memory, allowed the bishops of the United States to dispense with abstinence from meat on civic holidays, including the day after Thanksgiving. In 1949, the Bishops of the US, with the approval of Rome, modified the regulations of fasting and what we observed as “partial abstinence”. In 1966, Paul VI gave discretion to episcopal conferences over the globe in how the requirement to fast should be observed by their faithful.

Where is the Church Moving Us?

A generous reading of the general “motion” of the legislative style of the Church over the last fifty years may suggest that, perhaps, the Holy Ghost is trying to lead Catholics out of a moralistic attention to the details of the law and into a more profound personal encounter with Christ as Logos, respecting the idea that our conscience is inviolable and that, for some, there may be good reasons to substitute a different penance for the universal obligation to fast. If this is where the Holy Ghost is taking us, it’s been a muddy process, but given human nature, it’s unlikely that anything could have been done much differently. The important thing is to learn from our mistakes.

How We Used to Talk About Lent

Keep in mind that the Church has to respond to the needs of faithful all over the world in her legislation. Also, when explaining the legislation of the Church, theologians and moralists trained in the Roman Rite tended to over analyze things and frequently tried to explain details that really should have been left up to the individual to figure out. Somewhere along the way, a pope or prelate made a concession, then they had to figure out how and when others could make similar concessions, then professional theologians got involved and tried to explain why  this or that concession was a good thing, until we ended up with a lot of words and very little heart. Consider the following excerpt from Moral Guidance by Edwin Healy, SJ., (Loyola, 1942) on page 268, discussing the Lenten fast:

The text, above, is presented without mockery of Fr. Healy’s intentions, but merely to observe the situation the Church found itself prior to the relaxation of the demand to fast on every day of Lent. Rules beget more rules and, to some degree, provide an opportunity for us to revel in our ability to explicate those rules.

A Special Penance during Lent

While I cannot find any historical documentation of the fact, there is anecdotal evidence from stories I recall from childhood and from someone I know who is alive today and recalls life prior to the pre-1966 relaxation of the Lenten fast. It seems that most Catholics did not merely fast during Lent and observe partial abstinence, but also carried out a special penance, done in addition to the universally observed Great Fast. 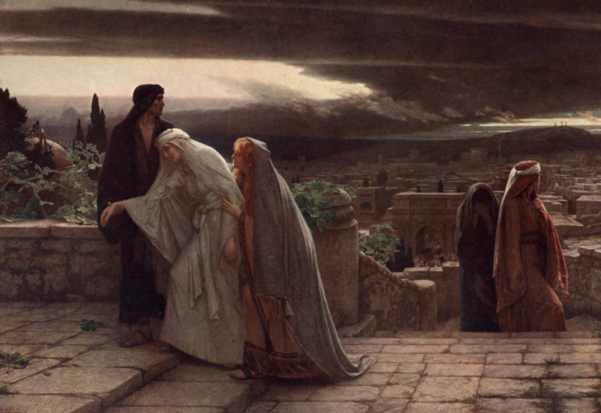 The special penance was geared to using the time of fasting, prayer, and almsgiving of Lent to concentrate on a singular virtue one wanted to acquire or a particular vice that one wanted to root out of the soul. The special penance was never given up on Sundays of Lent. If you were trying to stop gossiping, you didn’t gossip on Sundays. If you were trying to be more faithful to duty, you didn’t cease on Sundays.

Conflation of Special Penance and the Great Fast

It seems plausible that the special penance and the Great Fast have been conflated in our memories, and this is the source of the confusion about whether or not we do penance on Sundays. Since the ancient tradition of the Church was to eat freely on Sundays and solemnities during Lent, why shouldn’t we skip our special penance?

But, what seems missing from this response is the recollection that there are, in fact, three obligations we have during Lent: fasting, almsgiving, and prayer. The obligations of almsgiving and prayer have never been relaxed on Sundays, either prior to 1966 or after that. Our other opportunity to find a vice to remove or acquire a needed virtue is not removed from us because it is Sunday, either.

The relaxation of the law was not done to simply make life easier, but to remove the myriad difficulties and lack of consistency in when and how some dioceses practiced the law. If a priest in Los Angeles allowed something that a priest in St. Paul didn’t allow, confusion arose. And anywhere we find confusion, we find people who become invested in their own personal view of the situation. When people become invested in their own view of a situation, they tend to become judgmental of those who disagree with them. We end up with the problems decried in Sneetches on the Beaches. And the only person who benefits from that is Sylvester McMonkeyMcBean.

The Most Generous Response

God wants a generous response to the call of the Gospel to repent and believe. Lent is the time when the Church asks us to make a particular effort in this regard. In making this generous response, it’s important to recognize that the Church’s relaxation of the Great Fast does not forbid our still observing it. If we really want to respond generously to the Lenten call to repent and believe, it seems like the best thing to do is return to as close a practice of the ancient tradition of the Great Fast as possible.

Perhaps we’ve come to the time when we need to ask the Church to restore a stricter observance of the Great Fast. Along with that restoration, however, there should be an exhortation to those who don’t have legitimate reasons for not observing the fast that they ought to mind their own business if they see their brother or sister in Christ observing the fast and partial abstinence differently.

If the Church were to ask the faithful to return to the legislation articulated in the 1917 Code, perhaps the following text could be part of the document announcing the change in legislation:

“Having experimented with a universal relaxation of the ancient tradition of the Church, we’ve come to realize that people are less inclined to discipline themselves than ever before. Rather than relaxing the obligation to fast and observe partial abstinence on all ferial days of Lent, we should have merely reminded each member of Christ’s faithful that we live under the law of freedom (Romans 6:14). If you have a reasonable reason that you cannot observe the fast and partial abstinence on a given day, be discreet. If you find it easy to observe the law, mind your own business when you think you see someone who isn’t. Parents and teachers of students should make special care to ensure they provide a consistent example of when a conscientious relaxation of the Great Fast is reasonable and not just a means of justifying their own selfishness.”

My prayer is that the gentle reader will find a way to observe the Great Fast in keeping with the ancient tradition of the Church. However, if one is not able to do that, please try to find some special penance that you may do, even on Sundays. Lent is a time of purification. Whatever you “give up” as a personal replacement of the Great Fast, don’t give it up on Sunday if your conscience permits. However, please find some sin or vice you’re struggling with so that you have something particular to remind yourself that it is still Lent, even on Sundays.