Fulton Sheen’s Life and His Impact on the New Evangelization

“Long time, no Sheen. Here I am back again with an angel and a blackboard…” From Venerable Fulton Sheen's T.V. show Life is Worth Living.

Through this program, his trusty blackboard, his sense of humor, and his genuine love for mankind, Venerable Fulton J. Sheen showed (and still shows) the world just how true these words are. Over and over, he instills in his listeners a true hope grounded on the teachings of Christ. He reminds others that Christ and His truth contain real answers for people of all ages and all times.

Venerable Archbishop Fulton J. Sheen was born on May 8, 1895 in El Paso, Illinois to farmer parents Newt and Delia. He was the oldest of four boys and was baptized Peter John Sheen, and called Fulton, his mother’s maiden name. His family later moved to Peoria, Illinois, where he served as an altar boy in the cathedral. One day the bishop of Peoria, Bishop John L. Spalding, told this young altar boy that he would study at Louvain and also, that he would be “just as I am.” Both of these eventually came true.  Sheen attended St. Viator College in Illinois and studied for the priesthood at St. Paul Seminary in Minnesota. He was ordained a priest in September of 1919.

The now Father Sheen studied further at the Catholic University of America and the Catholic University of Louvain in Belgium. Here he studied philosophy and eventually received his doctorate with his thesis titled “The Spirit of Contemporary Philosophy and the Finite God.” Sheen then went to the Pontificum Collegium Internationale Angelicum to receive his Sacred Theology Doctorate. While in Europe, Father Sheen worked as a pastoral assistant at St. Patrick’s Church in Soho Square, London. Here he taught theology at St. Edmund’s College and also met Ronald Knox.

After all this education, Sheen returned to the Catholic University of America as a teacher. He taught at Catholic University for 23 years in both the School of Theology and Religious Studies and in the School of Philosophy. He was greatly loved and was asked to give more public speeches even as a young priest including the main address at the University’s Sesquicentennial celebration. His classes focused a great deal on God, society, classic philosophy and modern philosophy and how these subjects relate to one another.

In 1926, Father Sheen was asked to give Lenten reflections on Sunday evenings on a New York radio station. Later in 1930, Sheen filled in for two weeks on the radio program The Catholic Hour and was so loved that he was asked to do the program once a week for the next twenty years from 1930 to 1950. Father Sheen talked about a variety of topics in a dynamic, rich, and yet approachable way. He mixed theology and philosophy in with everyday issues and concerns and shed beautiful light on some of the weighty issues of his day. He showed how great minds such as Thomas Aquinas and the teachings of our Faith relate to everyday struggles and decisions. By the end of his time on The Catholic Hour, four million people were listening to his broadcast. He also received 3,000 to 6,000 letters weekly from listeners and invitations to speak at schools, churches, retreats, and missions. In addition to all his work on the radio, in the classroom and around the country, Father Sheen wrote 34 books during his teaching years.

Finally, Father Sheen appeared on television. On Easter Sunday 1940, he spoke on the first televised religious service. This then led to his own television show, the well-known, Life is Worth Living.  He started this show the same year he was consecrated a bishop in 1951. Bishop Sheen eventually reached 30 million viewers and won an Emmy Award for Most Outstanding Personality.

Bishop Sheen worked hard to raise money for the missions and worked with Father Joseph Ratzinger at the Second Vatican Council in support of the missions. In 1966, he was made Bishop of the Diocese of Rochester and later Archbishop of the Titular See of Newport, Wales by Pope Paul VI. He brought many to the Lord by working with God’s grace and promoting adoration of the Blessed Sacrament. From his ordination to his death, Venerable Fulton Sheen prayed a holy hour every day in front of Our Lord in the Blessed Sacrament.

His cause for canonization was opened in 2002 and now this holy man is declared Venerable Fulton Sheen due to his “heroic virtue.”1 & 2

Quotes from the Archbishop

Archbishop Fulton Sheen is remembered by many of his writings, shows, and broadcasts.  Here are a few of his many lessons that pertain to our struggles today.

“For the new atheism is not like the old, theoretical atheism, which prided itself on being intellectually compounded of a little science, anthropology, and comparative religion. The new atheism is not of the intellect, but of the will; it is an act of free and eager rejection of morality and its demands. It starts with the affirmation of self and the denial of the moral law.”

“To every Christian…there comes the supreme moment when he must choose between temporal pleasure and eternal freedom. In order to save our souls, we must often run the risk of losing our bodies.”

“The barbarism of the new era will not be like that of the Huns of old; it will be technical, scientific, secular, and propagandized. It will come not from without, but from within, for barbarism is not outside us; it is underneath us. Older civilizations were destroyed by imported barbarism; modern civilization breeds its own.”

“In the marriage act, love is triune: wife gives self to husband and husband gives self to wife and out of that mutual self-giving is born the ecstasy of love. The spirit too must have its ecstasy. What the union of husband and wife is in the order of flesh, the union of the human and the Risen Christ is in Holy Communion.”3

“A popular God-is-dead book in the United States argues that homosexuality will become normal in a humanistic society where there is no restriction of morals which come from religion. St. Paul declared homosexuality and atheism were related to one another as effect to cause.”

“Modern man has become passive in the face of evil. He has so long preached a doctrine of false tolerance; has so long believed that right and wrong were only differences in a point of view, that now when evil works itself out in practice he is paralyzed to do anything against it.” 4 & 5 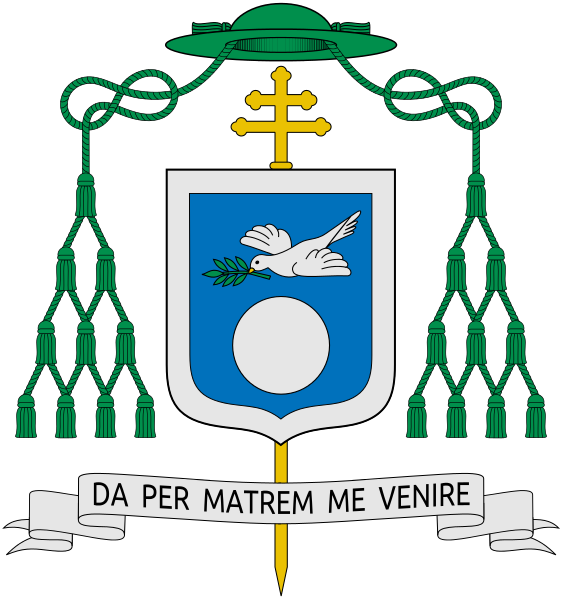 Venerable Archbishop Fulton Sheen’s lessons are timeless and shed light on our lives today. He was instrumental in the start of the New Evangelization and brought our Faith to others through modern means of communication. Through the radio and television, Archbishop Fulton Sheen stepped into the lives of modern-day Americans and shared with them the love of Christ.

He also saw in an early form many of the evils and hardships that face society today. As the above quotes show, he saw a new atheism seeping into American culture that was based on the will with the rejection of God and the denial of absolute truth. We can see this new atheism even more strongly today in the 21st century as long standing moral norms are rejected by society as a whole. Homosexuality, transgenderism, abortion, and euthanasia are accepted more widely today than they’ve ever been before. In fact, opposition to these evils is often seen as intolerant and immoral.

Archbishop Sheen points to St. Paul’s statement that atheism directly leads to homosexuality. The rejection of God entails the loss of divine law but also natural law which comes from Him. The true nature and face of humanity is clouded when the creator of the world is cast out. Man’s goal and purpose are no longer seen and thus, many of the things that bring man happiness are distorted or lost.

Fulton J. Sheen often spoke about the nature of true freedom. Freedom is not only the lack of constraint, but also the ability to achieve the eternal goal of man, perfection of virtue and union with God. Our society’s idea of freedom, however, is the ability to do whatever you want or feel is right. Bishop Sheen implies that complete surrender to your own inclinations is really a kind of slavery, rather than freedom as our society thinks.

Venerable Sheen possessed a prophetic wisdom that benefited society in his day and still in our own.  This prophetic wisdom came from an ardent love of God especially Christ in the Holy Eucharist.