Read About the Amazing History of This Beautiful Practice

This year on February 14, Ash Wednesday marked the beginning of the forty days of Lent.  The Great Fast is a time during which we as Catholics make extra efforts to offer prayers, sacrifices, fasting and almsgiving in order to prepare our hearts for the resurrected Jesus.  Many offer up daily penances of a more personal nature, such as avoiding a particular favorite treat or habit, and many also participate in the more universal devotions of Lent.  One of these devotions is the Stations of the Cross, which many parishes often offer on Lenten Fridays to commemorate the day upon which Jesus gave up his life for our salvation.

What Are the Stations of the Cross? 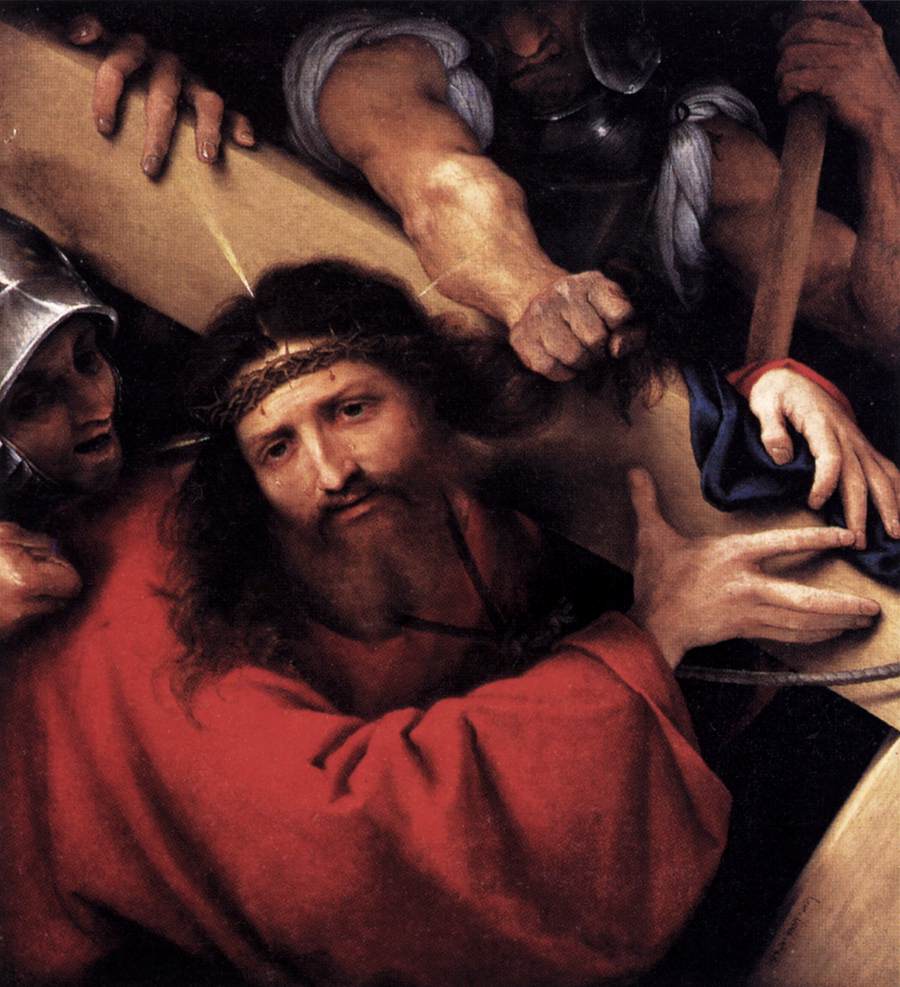 The Stations of the Cross, also known as the Way of the Cross (Via Crucis) or the Way of Sorrows (Via Dolorosa) is a Christian devotion that has been practiced in countries across the world for centuries.  This devotion is practiced not only by Catholics but also by other Western Christians such as Anglicans, Lutherans and Methodists, making it a devotion that unifies Christians across many walks of life.  It consists of a series of images, usually fourteen, depicting the entirety of Christ’s passion and death, beginning with Pontius Pilate’s condemnation of Jesus and ending with Jesus being laid in the tomb after his death on Mount Calvary.  The images are arrayed in sequence, and beside the images a path is formed upon which the faithful may walk.  (Upon entering a Roman Catholic church, you will often notice Stations of the Cross on the walls, but in certain places in the world there are outdoor stations as well.)  As Christians walk from image to image, a prayer is said or sung at each station recalling the events which the particular image depicts, thus enabling the Christian to feel himself or herself spiritually walking alongside Jesus in his suffering, and meditating on the meaning of Jesus dying for the sins of mankind.

The History of the Stations of the Cross

For many years, the Stations of the Cross did not exist in the form in which we know them today.  Replications of holy sites or pilgrimages existed as early as before the tenth century.  (An example of one of these replications is Santo Stefano in Bologna, Italy, a Catholic religious complex which contains replications of the Church of the Holy Sepulchre, the Mount of Olives and the courtyard of Pontius Pilate in which Jesus was condemned to death.)  Replications of pilgrimage sites began to arise, often imitating the Way of the Cross.  At the time, it was understandably not an easy journey to visit Jerusalem in person, so Catholics instead chose to build small sites of pilgrimage in their own lands imitating the places that were important in Jesus’ life and death.

In the year 1187, Muslims gained control of Jerusalem following a siege, and so for a time, Catholics did not have access at all to the holy sites in Jesus’ homeland.  Forty years later, however, Franciscans were granted the privilege of access to the Holy Land again, and a few years later in 1217, St. Francis of Assisi founded the Custody of the Holy Land in an effort to guard the safety of Catholic holy places and to promulgate devotions to such sacred sites.  (His efforts would later be recognized with great respect, as the Franciscans were proclaimed custodians of holy places in 1342 by Pope Clement VI.)  This Franciscan devotion to the Holy Land was a major reason that what we now know as the Stations of the Cross would eventually become a popular devotion.

It is not clear if, at this time, there was an established Way of the Cross in Jerusalem, despite the fact that pilgrims would visit the same sites throughout the Holy Land in an effort to unite themselves to Jesus’ life, suffering and death.  Between the 12th and 14th centuries, there was mention of a Via Sacra, or “Holy Way,” but it is unclear how much that corresponded to the Stations of the Cross which we have today.  The first mention of “stations” comes from a pilgrim named William Wey, a 15th-century Englishman who visited Jerusalem, and in writings described fellow pilgrims following the footsteps of Jesus in his homeland.

Over the next several centuries, the Stations of the Cross began to take shape and become more like what we pray today.  Franciscans began to build outdoor sites imitating the holy sites of Jerusalem, and these became more widespread throughout Europe.  Franciscans began to realize that they would like to promulgate this devotion even further, and petitioned Pope Innocent XI for the privilege to include stations in their churches.  This petition was granted in 1686.  By the year 1862, all churches were allowed to have stations provided that the church obtained the consent of the bishop, and by this time, the series of stations was fixed at fourteen.  It was thus that the Stations of the Cross became most like what we recognize in our churches today.

Why Pray the Stations of the Cross? 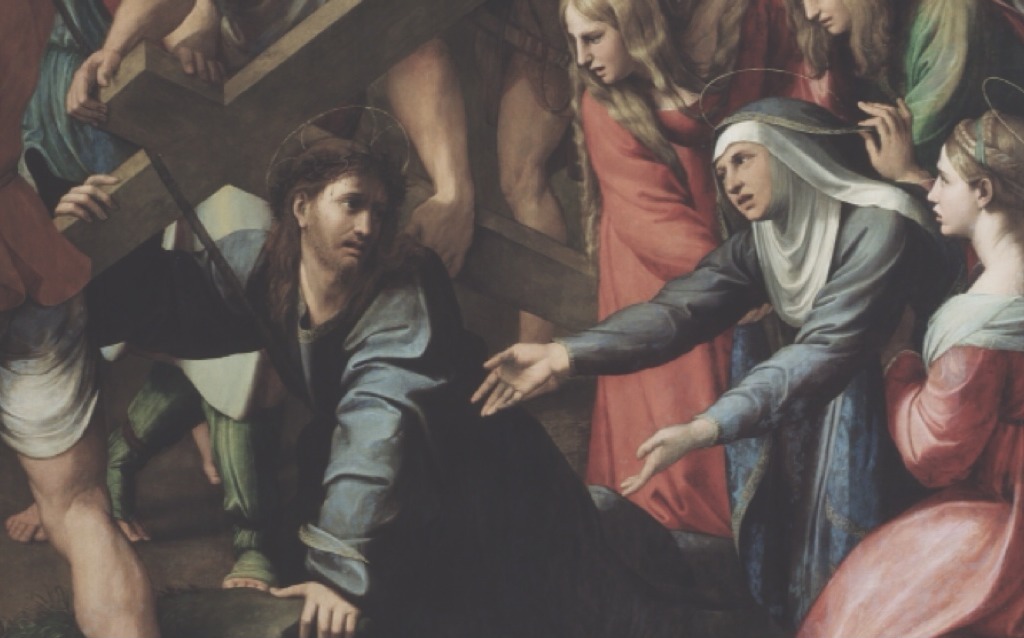 Even simply seeing the Stations of the Cross in our churches provides a way for us to meditate on the events of Jesus’ suffering and death, and their primary role in the redemption of mankind.  Going the extra step to actually pray the Stations of the Cross allows us to place ourselves beside Jesus in spirit, following Jesus’ entreaty as written in the book of Matthew: “If any man would come after me, let him deny himself and take up his cross and follow me.”  Although what Christ meant by this was that all Christians should bear their sufferings prayerfully and peacefully, we can apply this Scriptural quotation to why we ought to pray the Stations of the Cross.  Walking alongside the stations while meditating on Jesus’ passion and death enables us not only to be humbled in the magnitude of Jesus’ sacrifice, but also to be grateful for the suffering in our own lives and for its role in leading us to holiness.

The saints, too, have recognized the power of the Holy Cross in their prayers and writings over the centuries.  St. Theodore the Studite wrote, “How precious the gift of the cross, how splendid to contemplate! In the cross there is no mingling of good and evil, as in the tree of paradise: it is wholly beautiful to behold and good to taste. The fruit of this tree is not death but life, not darkness but light. This tree does not cast us out of paradise, but opens the way for our return.”  St. Theodore here beautifully proclaims the reasoning by which we honor the cross now and always: we honor the cross not to dwell on the pain and suffering it signifies, but rather to take heart in the glory of the saving power of God.  Praying the Stations of the Cross and meditating upon each step of the journey allows us to immerse ourselves in the experience of Jesus, to unite our own sufferings with Jesus’ and to worship God fully as we contemplate the mystery of redemption.

Praying the Stations of the Cross also allows us to meditate not only on Jesus’ passion and death, but also to contemplate our own spiritual character and reflect upon whether we act with charity and holiness as we go about our daily lives.  Pope Francis, who chose his name after St. Francis of Assisi (to whom we owe many devotions related to the Holy Land) offered a thoughtful and striking idea in a 2013 address to the public: “And you, who do you want to be? Like Pilate? Like Simon? Like Mary? Jesus is looking at you now and is asking you: do you want to help me carry the Cross? Brothers and sisters, with all the strength of your youth, how will you respond to him?”  Since we ought to see Jesus in every person we meet, meditating on how we would respond to Jesus as he suffered brings to light how we would act towards anyone else in need of help, and makes us recall the true meaning of Christian charity and how we should apply it in our lives.

This Lent, let us meditate upon the words which we pray at every station: “We adore thee, O Christ, and we bless thee, because by thy holy cross thou hast redeemed the world.”