The Cardinal Virtues in The Lord of the Rings

The Catechism goes on to define virtue as, “a habitual and firm disposition to do the good. It allows the person not only to perform good acts, but to give the best of himself.” There are two main groups of virtues that the Church teaches us about from which the lesser virtues spring: the cardinal virtues and the theological virtues. The cardinal virtues are prudence, justice, fortitude, and temperance, and these are human virtues that are acquired by human effort with the help of God’s grace from morally good acts. The theological virtues are faith, hope, and charity are given as gifts by God to man, and direct man back to God.

St. Paul encourages us to think about the noble, good, true, excellent things. We do this in a number of different ways. We think about them by meditating on the life of Christ and his saints. We might pick up Aristotle or St. Thomas Aquinas or Josef Pieper and seek their practical wisdom. We can witness people in our daily lives living virtuously. The virtues are also discovered in the telling and reception of stories, whether they be real or fictional. Stories captivate the mind and heart by demonstrating the relationship between the circumstances, the characters, their interior responses, and their external actions. We want to know how people respond to the circumstances in which they find themselves, and we insert ourselves into the drama, thinking about how we might respond in such a situation. The stories that resonate deeply in man’s heart are those which chronicle not only the movement of action but also the interior dispositions of the personalities involved.

One such engaging story is J. R. R. Tolkien’s The Lord of the Rings. Tolkien’s masterpiece is a rich depository of virtue and vice. Though all of the main characters demonstrate different virtues and weaknesses throughout the story, we will focus on how Gandalf, Aragorn, Sam, and Frodo in Pre-Christian Middle Earth exemplify the human virtues of Prudence, Justice, Fortitude, and Temperance. Let us ponder these noble virtues in four excellent characters. 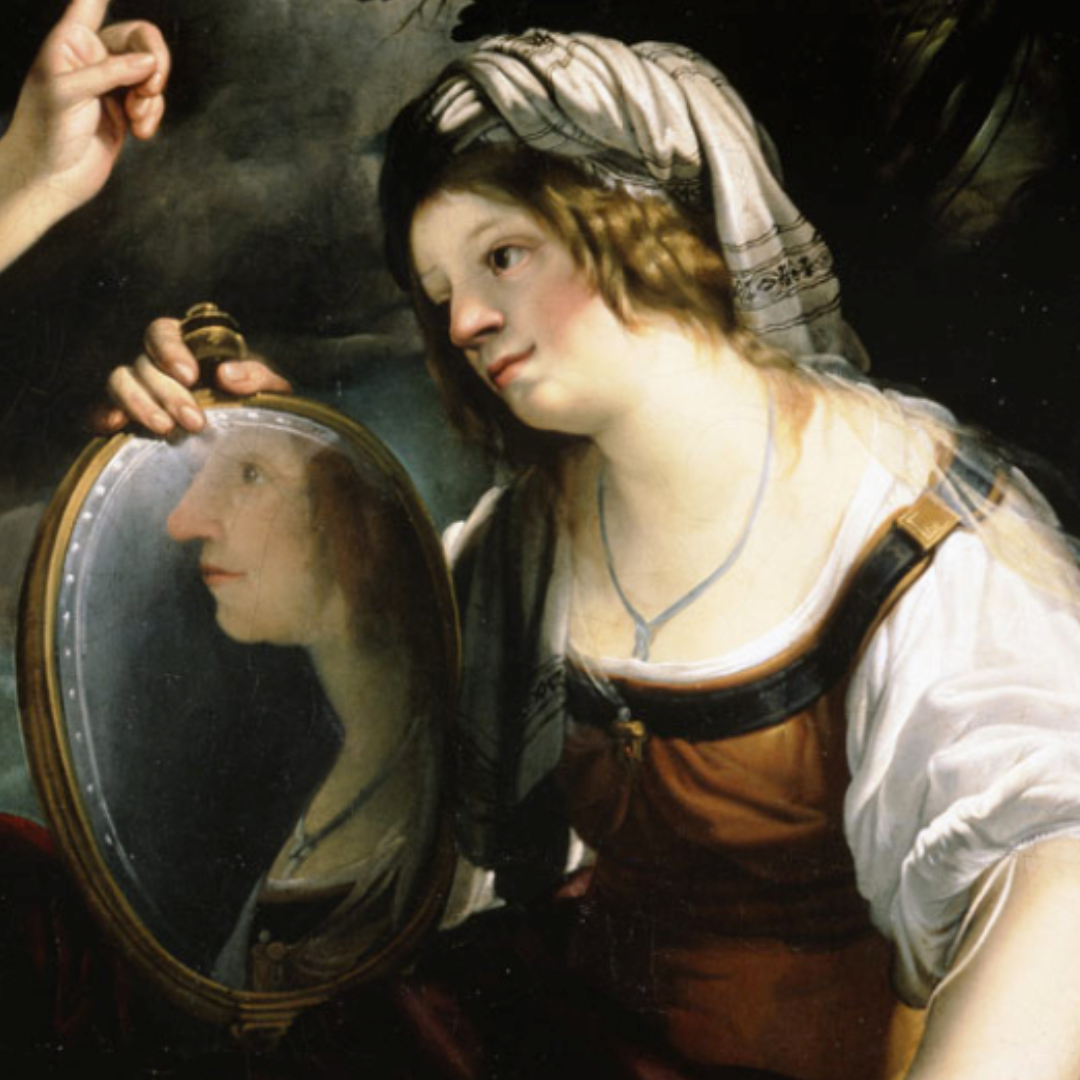 “Prudence is the virtue that disposes practical reason to discern our true good in every circumstance and to choose the right means of achieving it…With the help of this virtue we apply moral principals to particular cases without error and overcome doubts about the good to achieve and the evil to avoid.” (CCC 1806)

From the beginning of the story, Gandalf is introduced as the wise wizard who leads and guides others along the right path. He crosses Middle Earth to and fro in order to consult with others, to gather information, convene different folk together, and to fight in battle. He does these things for the sake of the peoples of Middle Earth, to protect what is good and noble from the forces of evil. When Elrond calls his council to discuss what to do with the Ring, it is Gandalf in his prudence and wisdom who helps to demonstrate that the only choice they have is to destroy the Ring. He says,

‘It is wisdom to recognize necessity, when all other courses have been weighed, though as folly it may appear to those who cling to false hope. Well, let folly be our cloak, a veil before the eyes of the Enemy! For he is very wise, and weighs all things to a nicety in the scales of his malice. But the only measure that he knows is desire, desire for power; and so he judges all hearts. Into his heart the thought will not enter that any will refuse it, that having the Ring we may seek to destroy it. If we seek this, we shall put him out of reckoning.’

Knowing the sacrifices, stealth, and difficulties that destroying the Ring will require of the Fellowship, he offers himself as the practical guide and voice of reason. Later in the story, he still aids in decision making and leadership, but not without the consent and help of Aragorn, the Ents, King Theoden, and Denethor as they combat the attacks of Sauron’s forces. In his wisdom and prudence, Gandalf is able to see clearly the good for Middle Earth, and to take action to achieve this good through the best means possible.

“Justice is the moral virtue that consists in the constant and firm will to give their due to God and neighbor…The just man, often mentioned in the Sacred Scriptures, is distinguished by habitual right thinking and the uprightness of his conduct toward his neighbor.” (CCC 1807)

Aragorn is the model of justice. He is constant and stouthearted in his roles as Ranger, leader of the Fellowship, leader of armies, and, finally, healer and King of Gondor. He knows to what he is called, and he relentlessly pursues the cause of fulfilling his duty and protecting the good and well-being of others. He is not overcome with haughtiness though he is the rightful heir to the kingdom of Gondor, but fulfills his duty with humility and strength. An acute moment of his justice and courage shining forth is when he has looked into the Palantir, grappled with Sauron, and knows what danger is heading for Gondor. He knows the city will be unable to protect itself even with the help of the Rohirrim. He knows that he must walk the Paths of the Dead and command a ghoulish army to fulfill their obligation and fight under his leadership. When Lady Eowyn questions his choice he insists,

‘Because I must,’ he said. ‘Only so I can see any hope of doing my part in the war against Sauron. I do not choose paths of peril, Éowyn. Were I go to where my heart dwells, far in the North I would now be wandering in the fair valley of Rivendell.’

He is not immune to other desires in his heart, but he knows his duty, and he fulfills his duty as a matter of true justice and honor for all the good folk of Middle Earth. 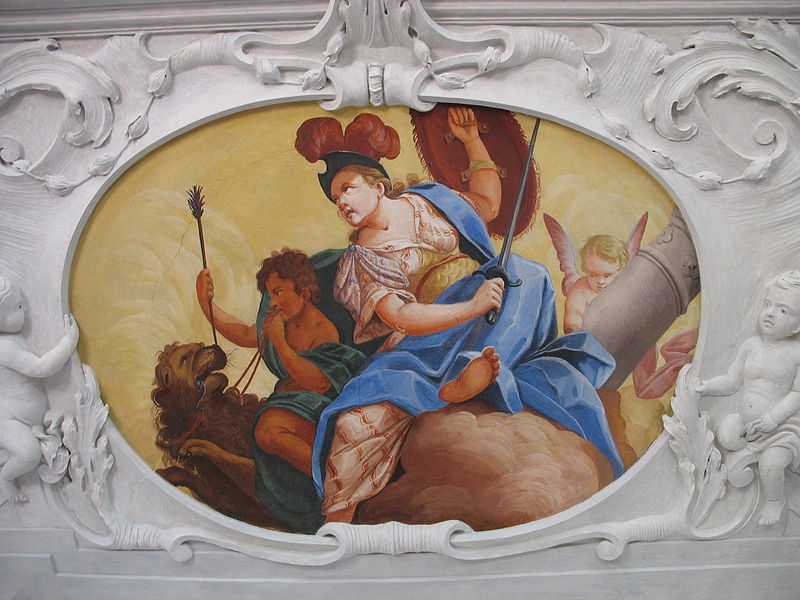 “Fortitude is the moral virtue that ensures firmness in difficulties and constancy in the pursuit of the good…The virtue of fortitude enables one to conquer fear, even fear of death, and to face trials and persecutions. It disposes one even to renounce and sacrifice his life in defense of a just cause.” (CCC 1808)

Although many characters in The Lord of the Rings exhibit admirable fortitude, the one who unexpectedly and yet consistently displays fortitude is Samwise Gamgee. Sam is unwittingly thrown into the whole business of the Ring by Gandalf, but once thrown in, he is stouthearted to the last. He doggedly follows Frodo wherever he goes – whether it be the Council of Elrond to which he was not invited or Frodo’s solitary path to Mordor when Frodo leaves the rest of the Fellowship. Although frequently missing the comforts of hearth and home, Sam perseveres with Frodo up into the dark land of Mordor. Even when he believes Frodo dead at a certain point, he determines to carry the Ring to the fires of Mount Doom himself to fulfill his master’s mission.

When Frodo is at the point of giving up strength and hope as the two hobbits cross to Mount Doom, Sam says to him with utmost conviction,

“Temperance is the moral virtue that moderates the attraction of pleasures and provides balance in the use of created goods. It ensures the will’s mastery over instincts and keeps desires within the limits of what is honorable.” (CCC 1809)

One could argue that in the end, Frodo does not display temperance due to his wavering on Mount Doom. However, throughout the major course of the story, Frodo falls on the side of temperance when it comes of the allurements of the Ring. Gandalf and Galadriel both realize how quickly they would be consumed with the desire of the Ring. Boromir falls prey to it even without having to carry it. Gollum is destroyed by his desire for the Ring. Frodo spends the journey to Mordor struggling against the power of the Ring, but he ultimately perseveres through months of physically bearing it and wearing it several times. He continues to push onwards and overcome his desire for the Ring with his desire for the good of Middle Earth. After Boromir attempts to take the Ring from him, Frodo vacillates,

“The two powers strove in him. For a moment, perfectly balanced between their piercing points, he writhed, tormented. Suddenly he was aware of himself again, Frodo, neither the Voice nor the Eye: free to choose, and with one remaining instant in which to do so. He the Ring off his finger. He was kneeling in clear sunlight before the high seat…Frodo rose to his feet. A great weariness was on him, but his will was firm and his heart lighter…’I will do now what I must,’ he said.

Seek the virtues in literature and life that you may ponder them and live them. Seek it in the lives of the saints, and in the lives of excellent characters. Happy seeking!