The Most Unbelievable Miracles of St. Padre Pio

There are many miracles attributed to Padre Pio: miracles of healing, of conversion, of bilocation, and the stigmata.  His miracles brought many people to Christ and illuminated God’s goodness and love for us.  While Padre Pio is responsible for a countless number of miracles, it only takes looking at a few to realize his holiness.

For fifty years Padre Pio bore the stigmata. The Franciscan priest bore the same wounds as Christ did in his hands, feet, and side.  From 1918 until just before his death in 1968, he experienced the stigmata. Despite being examined multiple times, there was no adequate explanation for the wounds. “The stigmata were not like normal wounds or lesions: they would not heal. This was not due to any medical condition, for he had undergone surgery twice (once for a hernia repair and once to remove a cyst from his neck) and the cuts healed with the usual scarring. In the 1950s, blood was drawn for other medical reasons, and his blood work was entirely normal. The only abnormal thing about his blood was the fragrant aroma, which accompanied that emanating from his stigmata.”

In 1919 in San Giovanni Rotondo, a fourteen-year-old boy experienced a miraculous healing.  When he was only four years old he had caught typhus.  The typhus caused the boy’s back to become deformed.  Once he confessed himself to Padre Pio, the priest touched him with his hands.  When the boy stood up, the deformity in his back had disappeared.

Also in 1919 a gentleman from Foggia, Italy came to Padre Pio.  The gentleman was sixty-two-years-old and was walking with not one, but two canes.   He suffered a terrible fall from a carriage, a fall that broke both his legs.  With doctors unable to help him he relied on those two canes for support.  One day after confessing himself to Padre Pio, the friar told him: "Stand up and go away! You have to throw away these canes.” The man carried out the order and began to walk by himself. 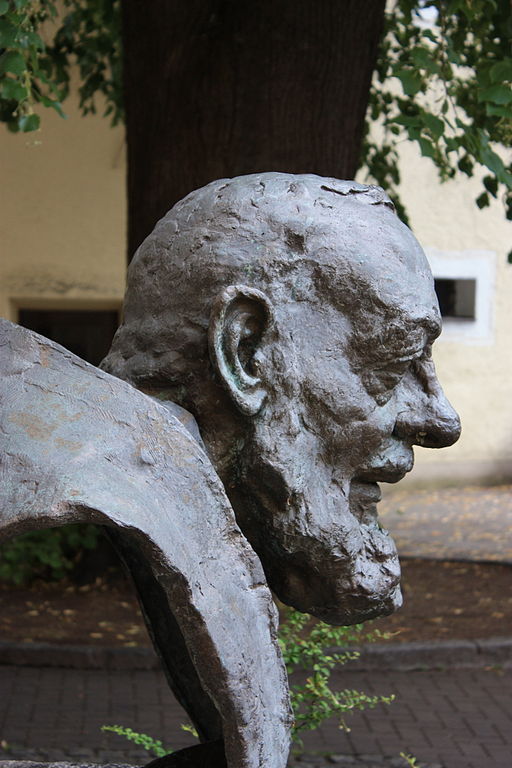 There was a gentleman whose left knee was swollen and in great pain for many days.  The doctor told him the situation was very dire and prescribed to him a lengthy series of injections.  Prior to beginning the treatment, the man went to confession to Padre Pio. He asked Padre Pio to pray for him.  The man recounted, “When I was leaving San Giovanni Rotondo that afternoon, the pain disappeared. I observed my knee and noted it was not swollen anymore! Both my legs were now normal. So I immediately ran to Padre Pio in order to thank him. He said: 'You do not have to thank me, but you have to thank God!'"

In 1950, a man’s mother-in-law was taken to a hospital for an operation. The mother-in-law had breast cancer.  After the initial operation, it was necessary to operate on the right breast some months later.  Unfortunately, due to the dissemination of the cancer cells in her body, the doctors informed her that she would not live more than four months.  The man immediately went to Rotondo and waited for confession with Padre Pio.  He asked Padre Pio to help his my wife’s mother and heal her. The man recounted, “Padre Pio sighed long twice and said: 'We have to pray, everybody has to pray. She will recover!' It happened! In fact, my mother-in-law recovered after her operation and she went by herself to San Giovanni Rotondo to thank Padre Pio who smiling told her: 'Go in peace, my daughter! Go in peace!'" Instead of four months, his mother-in-law lived for nineteen more years. 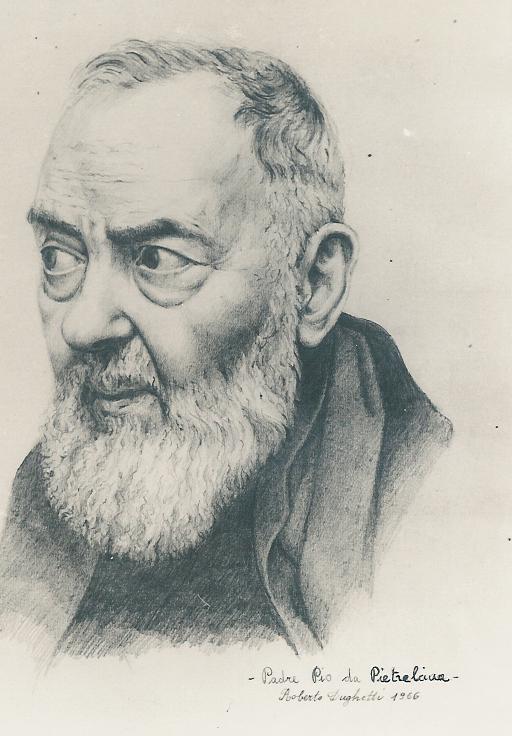 A woman said, “In 1947 I was thirty-eight years old and I had been suffering cancer of the intestine. The cancer was found by x-ray, and it was decided to operate. Before going to the hospital I wanted to visit San Giovanni Rotondo to meet Padre Pio. My husband, my daughter and one of her friends, took me to him. I desired to confess my sins to Padre Pio and to speak with him concerning my disease, but it was not possible to meet him. My husband told my problem to one of the friars. That friar was moved and he promised to report all to Padre Pio. In a short time, I was asked to go into the corridor of the convent where Padre Pio would pass. Padre Pio walked through the crowd, but he was interested only in me. He asked me the reason for which I was so distraught and told me I was correct about the surgeon. After that, he encouraged me and he said he’d pray to God for me. I was amazed. In fact, he did not know the surgeon who was going to perform the operation, and nobody told him that I was the right person to speak to in the crowd. Yet, he appeared to know both the surgeon and me. I faced my operation with hope and with peace. The surgeon was the first one who spoke of a miracle. He performed an appendectomy despite previous x-rays that showed cancer. The surgeon did not believe in God, but since then he has put a crucifix in each room of the hospital. There was no evidence of cancer anymore. After this miracle and a short time of rest I returned to San Giovanni Rotondo in order to meet with Padre Pio. The saintly friar was going to the sacristy when he suddenly stopped and smiled at me - he said: 'What do you know? You have come back here!'...and he gave me his hand to kiss, which I affectionately held in my hands.”

One of Padre Pio’s miracles occurred in 1953, to a lady with abdomen problems.  She had a medical check-up and x-rays because of pains in the abdomen she was experiencing. After some investigation, she learned that an immediate operation was necessary.  A friend of the lady, who knew of her problem, suggested to her: “write a letter to Padre Pio in order to ask for his prayers and help”. The woman received an answer in which Padre Pio suggested that she go to the hospital—he would pray for her there. She went to the hospital and again had a medical check-up and x-rays just before the operation. The same doctors were astonished to find she no longer had the serious illness anymore. After forty years the woman is still grateful to Padre Pio for his help. 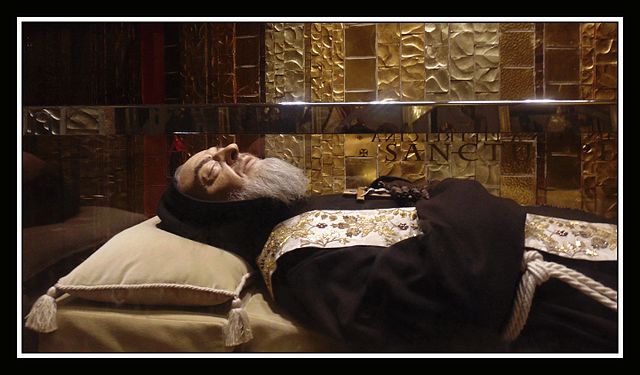 A year later, in 1954, a railwayman fell ill with a strange disease, which immobilized his legs. At the time he was forty-seven-years-old. Without success many different doctors treated him.  After two years of treatment, the man was going to have to retire from his work. As the situation got worse, his brother suggested to him to travel to San Giovanni Rotondo, to see the friar there to whom God had given gifts. The man went to San Giovanni Rotondo with his brother’s assistance.  In the Church, he met with Padre Pio who said, “Let that railway-man pass!” Remarkably, Padre Pio had never met the man before and he knew he was a railwayman.  Padre Pio and the man spoke to each other for a few minutes. Later, Padre Pio put his hand on the man’s shoulder.  He consoled and encouraged him with a smile. As soon as the man left Padre Pio, he realized he had been healed. He no longer needed tools to help him walk; now he could walk on his own.

A priest brought his friend, a Jewish man named Lello Pegna, to visit Padre Pio in 1919.  Pegna was completely blind in both eyes.  The priest had brought him to Padre Pio in the hopes of his friend being cured.  Padre Pio told Pegna, “The Lord will not grant you the grace of physical sight unless you first receive sight for your soul. After you are baptized, then the Lord will give you your sight.”  A few months later Pegna returned baptized despite the protests of his family.  In the following months his sight was fully restored. For the next thirty years, his sight remained perfect.

Gemma di Giorgio was a little girl when she visited Padre Pio.  She was born blind without pupils in either eye.  Right after her visit with Padre Pio, she miraculously gained her sight back.  One truly miraculous factor about her healing was that while now she could see, she still did not have any pupils.

St. Padre Pio’s faith and confidence in God’s healing power was unparalleled. He shows us all that the power of prayer can yield beautiful, miraculous results. He was a conduit of God’s grace, love, and mercy.

What St. Padre Pio miracle inspires you the most? Leave a comment below!